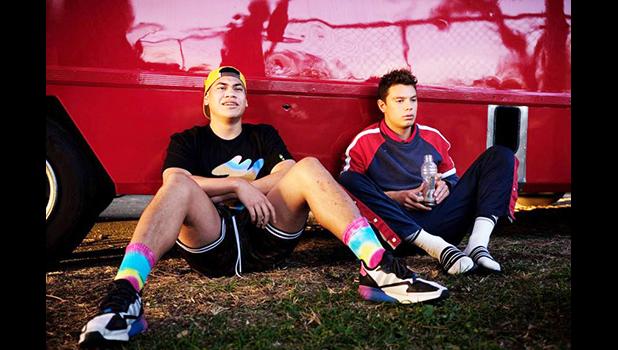 Sydney, NEW SOUTH WALES — When I sat down to watch the Australian drama Bump on the day of its release, I was excited to hear the term "uce" peppering the dialogue between two teenage characters.

This slang term of endearment, coined by the Samoan diaspora in the US and New Zealand a couple of decades ago, has made its way across the Tasman and into mainstream conversation.

Anything that positively reflects my family on the small screen is a cause for celebration.

Bump may be set in inner-city Sydney, but it mirrors contemporary youth culture found across the country.

Ioane Sa'ula plays the character Vince, and the teenager from Griffith, in NSW, is the reason why this 10-part series has a Polynesian flavour.

"[Uce] wasn't on the script at all, until we all had dinner with Claudia [Karvan] and I told her that I'd probably be more comfortable if I said this," Sa'ula said.

Karvan, who created the program with writer Kelsey Munro, agreed.

"Some of my close mates are non-Samoans and it's always fun to teach them some slang from Samoa, and I see them use it so it's becoming their natural way of speaking."

A few years back, "uce" was relegated to mainly the sporting fraternity, and satirical outfit The Betoota Advocate, nailed it with this headline:

Someone who has put this under the microscope is Lefaoali'i Dion Enari, a PhD candidate at Bond University on the Gold Coast.

He's exploring the perceptions of Samoan culture held by the Samoan community in Australia, and he's noted how widely Samoan slang has been adopted, even hearing it used on The Bachelorette TV show.

"One of the contestants said the term that we hear a lot from Samoan and Pasefika youth — 'unluggy uce', which is slang for 'unlucky uso,'" Lefaoali'i laughed.

"I see the term used more as a hip way of calling your friend a brother or a sister," Lefaoali'i said.

It has been lost a little in translation, with some people mistakenly believing it means brother.