Am. Samoa teacher of the year claims discrimination by airline 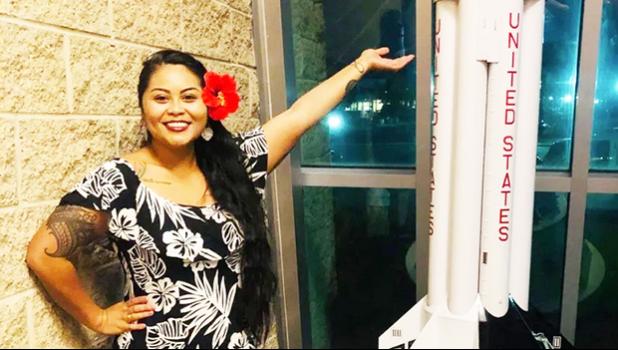 Huntsville, ALABAMA — When the American Samoan Teacher of the Year came to attend Space Camp in Huntsville, Alabama, alongside her decorated colleagues, she was already concerned about the state’s reputation of discrimination. At Space Camp, though, inclusion was the norm. The concern slipped from her mind. When she tried to depart from Huntsville International Airport on Monday, however, she said she was treated by American Airlines not based on the content of her character, but on the color of her skin.

Sabrina Suluai-Mahuka said that she was denied overnight accommodations by American Airlines, which she had requested when her flight was canceled due to a weather event.

That wasn’t the whole story, though.

A few minutes after she and another Teacher of the Year, a fellow Asian American Pacific Islander (AAPI), had departed the airport, they contacted a third colleague, Ohio’s State Teacher of the Year, Anthony Coy-Gonzalez, a white male, who was on his way to attempt to board what was then a canceled flight. They informed him that he would be denied accommodations and that they should all work together to figure out their next moves.

Coy-Gonzalez was not only provided overnight accommodations, he was given a food voucher and was offered a taxi. When he had difficulty finding a hotel, the airline provided more assistance. He then had trouble finding a taxi. American Airlines arranged to reimburse him for an Uber.

“My friends and fellow teachers of the year, both AAPI, were denied the privilege I was offered 20 minutes later with the same representatives when our flight was canceled,” Coy-Gonzalez said in a social media post. “They were given nothing but dismissal when they requested help. I walked in and was offered a hotel, taxi, and meal without asking. Same flight. Same time. Same airline. American Airlines, this is not okay.”

American Airlines released a statement on the issue to CBS 42 Wednesday evening.

“American Airlines strives to ensure all customers feel cared for throughout their journey,” their statement said. “We’re deeply concerned by the allegations shared and are working to investigate the matter further.Our team has reached out to Ms. Suluai-Mahuka to apologize for her experience and provide reimbursement for her hotel-related expenses.”