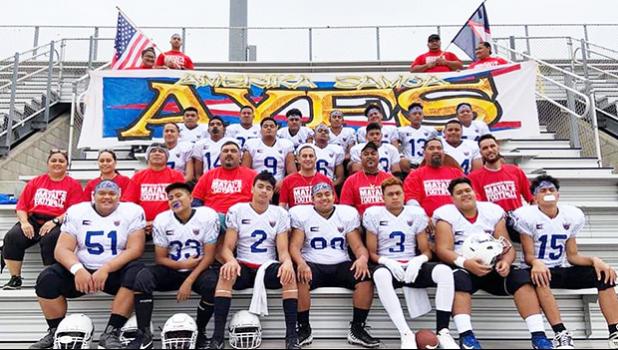 In their first two games, the AYFS Matai’s have proven that they have what it takes to hang with the big boys.

Playing in the 14U division, the Matais defeated Team TMT Elite, 26-6.

The Matais take on Team San Diego United today; and win or lose, they have secured a spot in the championship game this Saturday, June 29th, thanks to their pair of victories earlier this week.

Pictured is one of the players, Olo Olo Jr., with his father Olo at the Tafuna Airport. [photo: courtesy]