Bill prohibits members of Immigration Board from acting as sponsors 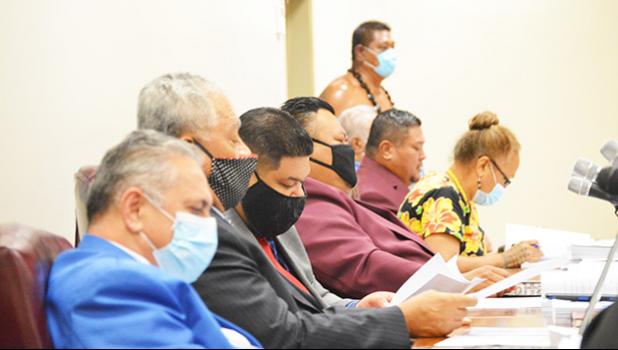 Pago Pago, AMERICAN SAMOA — A measure by the Lemanu and Talauega administration was introduced in the Fono last week prohibiting a member of the Immigration Board from acting as a sponsor and clarifies the terms of Board members. The new bill would amend the Section 41.0203 of the American Samoa Code Annotated (A.S.C.A).

The bill has been sent to the House Immigration Committee for review.

Some faipule told Samoa News that board members serving as sponsors has been an ongoing problem with the Immigration Board for many years now.  One faipule believes that this practice must stop and the bill from the Administration will address this problem.

(In the Senate, the bill has been discussed in committee in which a point has been made that it doesn’t completely cut off such sponsorship, as it could be transferred to the spouse or their children.)