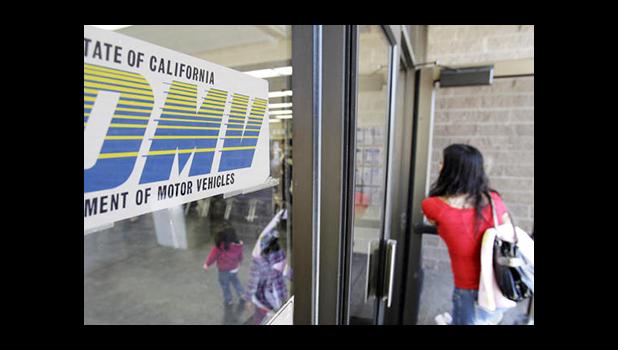 US Department of Homeland Security (USDHS) has granted an extension for American Samoa to comply with stringent requirements of the federal Real ID Act, dealing with the issuance of state/territory driver’s licenses and identification cards.

Since enactment of the Real ID Act, USDHS said early this year that it has implemented the law in careful phases, including most recently at military bases, most federal facilities, and nuclear power plants.

However, American Samoa and five states were not in compliance and have not sought an extension in order to comply with the federal law and this has worried lawmakers and others, after Department of Marine and Wildlife Resources director Dr. Ruth Matagi-Tofiga was denied access to a federal building in Honolulu three months ago because her American Samoa driver’s license didn’t comply with the Real ID Act.

But an Oct. 11 letter from USDHS assistant director for International Affairs, Alan D. Bersin, and assistant secretary for the Office of Intergovernmental Affairs, Philip A. McNamara, revealed that Police Commissioner Save Liuato Tuitele had sought an extension.

Save was informed in the letter that the extension is through Oct. 10, 2017 to allow the state to meet the standards of the federal law and its implementation regulation. For the duration of the extension, Save was informed that federal agencies may accept driver’s licenses and ID cards issued by American Samoa for official purposes in accordance with the phased enforcement schedule and existing agency policies.

“[US]DHS recognizes your efforts in enhancing the security of your jurisdiction’s driver’s licenses and identification cards and has granted this extension based on a review of the information provided that demonstrates a commitment to meeting all remaining requirements,” the letter informs Save.

According to the letter, American Samoa plans to meet all Read ID Act provisions by December 2017. Additionally, American Samoa can submit a compliance package for USDHS review in accordance with procedures set for the regulation.

If American Samoa requests further extension in the future, the territory will need to provide information regarding the progress towards meeting any outstanding requirements at the time of the request: reasons for any unmet standards, and when American Samoa anticipates seeking a determination of full compliance from USDHS.

Save was also informed that extensions are renewable at the discretion of the Secretary of Homeland Security but are not an alternative to compliance with the Real ID Act.

“As we continue to implement the phase enforcement of the Read ID Act, the consequences of continued noncompliance will grow,” according to the letter, which also states that currently, military bases, nuclear power plants and federal facilities may accept state-issued driver’s licenses or ID cards for access purposes only if the document is issued by a state that is Read ID compliant or that has received an extension.

Additionally, the US Transportation Security Administration (TSA), a bureau of USDHS that deals with security check at US airports, will begin Real ID enforcement for boarding commercial aircraft on January 2018.

“As a result, from that time onwards, air travelers with a driver’s license or identification card issued by a state that does not meet the requirements of the Real ID Act — unless that state has been granted an extension to comply with the Act — must present an alternative form of identification acceptable to TSA in order to board a commercial flight,” the letter says.

During a House committee hearing in August, the Police Commissioner told lawmakers that the cost involved being in compliance with the Real ID Act “is humongous” for American Samoa.

Save says the original USDHS funding to American Samoa was $300,000 but between 2008 and 2013 there were five change orders for the project increasing the total award to $1.9 million. Additionally, the last payment from USDHS to American Samoa went to purchase such things as computers and cameras for the system upgrade. And the entire $1.9 million has been used. (See Samoa News edition Aug. 16 for details.