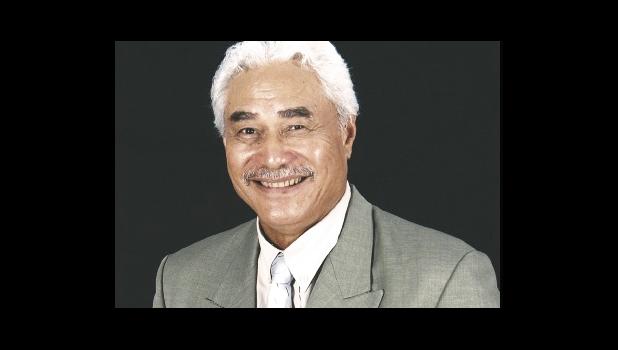 On her Facebook post, Lela noted, “My Father was a man of few words, so few that I will always regret not knowing some of his life stories, happiest moments, and sorrows. He never wavered in what he thought was right and if you needed anything, he never hesitated to help. As heartbreaking it is to lose my Dad, I am at peace to know that he is not suffering.”

Velega of Ofu Manu’a was candidate for Lieutenant Governor during the 2008 gubernatorial election, where he and his partner lost.

Velaga then moved to serve as the Administrator at the High Court of American Samoa back in 1978 and then in 200; he was appointed the Vice President if the Development Bank of American Samoa (DBAS). However prior to being the DBAS president, he served as the Legislative Financial officer in 1986 for the Legislature.

He also served as the Treasurer in former Governor Togiola Tulafono’s Administration. Under the Lolo Administration, Velega served as a board member of the LBJ hospital.

Velega also served under the current administration as the Chief Election Officer briefly and resigned noting that the job was “too relaxing” for him. It was the last position he held in public service.

The former senator left at least two of his public positions after expressing his frustration with the lack of response to issues that needed to be resolved by the leadership he served under — both the previous and current one.

Samoa News was unable to get direct responses from his wife or family.

However, the Annesley family expresses their deepest condolences to the mourning family. “He was a friend of our father, Te’o Gus Annesley, and spoke often to us of believing in our father’s dreams and endeavors — especially the Amerika Samoa Bank. Velega was one of its founding investors,” a family member said.

“In recent years, we enjoyed his outspokenness, and often compared notes of our shared desire for a ‘better community’ — a better American Samoa. He will be missed.”

He is survived by his wife, daughters, sons and grandchildren.