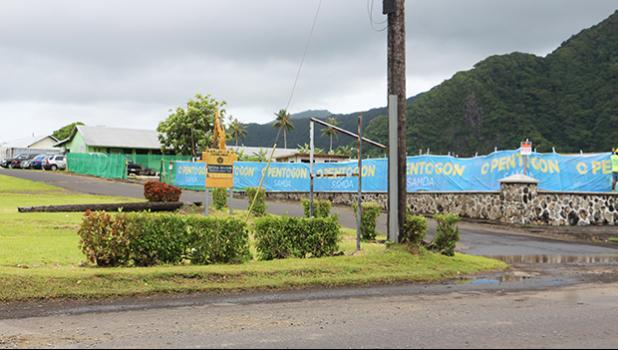 Pago Pago, AMERICAN SAMOA — Gov. Lolo Matalasi Moliga has submitted legislation for Fono approval of $721,000 to fund the construction of a new Senior Citizen Center in Tafuna — next to the Territorial Correction Facility — on ASG land that has been cleared for the project.

Funding source is fiscal year 2019 surplus, collected on an accrual basis and shall be distributed when it is collected and made available, according to the bill introduced this week in the Fono that reconvened Monday following a three-week recess.

“It is important to properly invest in a suitable, central location to provide services for our senior citizens,” Lolo wrote to Fono leaders in a Feb. 3rd letter. “Ensuring the well-being and health of our senior citizens is of most importance.”

The bill’s preamble said it’s essential to establish a central location for the senior citizen community in the territory, to provide services and hold functions for their health and well-being. Such a facility will be aimed at providing said services.

The bill notes that the previous facilities were unable to meet the needs of senior citizens. “A new facility will better provide the needs of the community and assist the Territorial Administration on Aging to accomplish their mission,” says the bill that becomes effective 60 days after passage by the Fono and approval of the governor.

The contract for the job was recently awarded to Pentagon Samoa Construction. It’s unclear how much Pengaton Samoa’s winning bid was, and some lawmakers plan to find out from the Administration if the entire amount will go towards construction.

Two other administration bills were introduced in the Fono this week:

•    legislation to ban the importation and sale in American Samoa of “polystyrene foam” or styrofoam containers — that have a “detrimental effect” on public health, land, and marine environment. (See Samoa News Feb. 3rd edition for details)

All three bills have been assigned to the appropriate committees for hearings in the coming days.