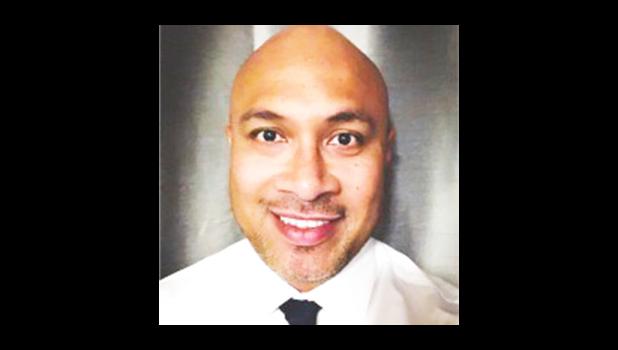 Shift reduction is only a temporary measure during worker shortage
By
Fili Sagapolutele
fili@samoanews.com

StarKist Samoa shared over the weekend two photos and some information following the meeting with the cannery officials and the ASG delegation, which included the governor, Lt. Gov. Talauega Eleasalo Ale and others saying that meeting held at the plant focused discussion on cannery operations.

During the meeting, Fiafia said yesterday that ASG and StarKist management “focused on the continuity of communication” with StarKist Samoa's Plant Director Jason Kim and its management team in an effort to resolve its workforce shortage.

“Although StarKist Samoa has reduced its fish cleaning operations to accommodate the amount of workers they currently employ, they have assured the government that the reduction of their shift is only a temporary solution,” said Sunia, noting that the governor “has given assurances that ASG will do all it can to help out with issues that StarKist Samoa faces.”

The Governor “has also approved the Guest Worker Program as an option when StarKist needs to recruit more workers from Samoa,” he pointed out.

And StarKist Samoa has also pledged to keep the channels of communication open for the Lemanu & Talauega Administration. “They are appreciative of the responsiveness and concern of the current administration's support for StarKist Samoa,” Sunia explained.

“They have also confirmed the future of StarKist in American Samoa as they share mutual benefits for their company and the American Samoa Government,” he said.

At the meeting Kim, on behalf of StarKist Co., chief executive officer Andrew Choe and StarKist company, presented to Lemanu a “monetary donation of $8,000 and 200 tuna cases to help ASG and the COVID Task Force in its efforts to bring our stranded families and friends home,” according to information from StarKist Samoa last week.

StarKist Samoa has been operating only one-shift since May 24th  and this a result of the ongoing challenges to secure workers at the plant. And the cannery continues to face a worker shortage despite implementing a program — with ASG’s approval — that allows foreigners living in the territory with expired P5 Immigration IDs to get their IDs renewed on the condition that they would work for StarKist Samoa.

When the work shortage surfaced early this year, some in the private sector suggested the Guest Worker Permit program, which was last reactivated in 2019 by then Gov. Lolo Matalasi Moliga, in light of the “severe and acute absenteeism challenge” faced by StarKist Samoa at the time.

As reported by Samoa News in the past, the permit laws, enacted a few years ago, authorized the Attorney General “to issue guest worker permits... for the purpose of entry of persons of Samoan ancestry born in the Independent State of Samoa into American Samoa for purposes of employment by either of the two canneries or call center.”

(At the time of the law, StarKist Samoa and COS Samoa Packing — which closed in 2009 — were the two canneries and the ASG at the time was working on setting  up call centers.)

The law provides seven specific requirements that a guest worker must meet in order to be issued a permit and among them, the person:

•   must not have been convicted anywhere of any crime, whether a misdemeanor or felony, including civil infractions;

•   must not have been previously deported or excluded by the American Samoa Immigration Board or Attorney General;

There is also a provision of the law on the requirement for a host in American Samoa for the guest worker. Each application for a guest worker permit is to be supported by an affidavit from a host stating his/ her ability and willingness to provide housing and lodging facilities for a guest worker.

Additionally, a host or sponsor is not to require from a guest worker, through use of coercion, duress, force or threat of deportation, a portion of his/ her wage earnings over and above the agreed upon rental rate, or reasonable household expenses attributed to the guest worker, except as provided in this statute.

And when employment is terminated, the cannery must notify the AG’s Office immediately, and they are responsible for returning the person back to Samoa.