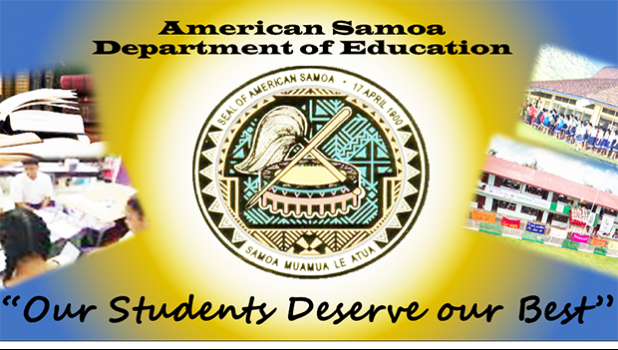 Pago Pago, AMERICAN SAMOA — All public schools are closed today, Friday, Jan. 14, according to a Jan. 13 memo signed by local Education Department director Talauega Dr. Samasoni Asaeli — and the memo is posted to the department’s Facebook page as well as the main ASG page.

The closure of public schools was due to “severe weather” that was forecasted yesterday by the National Weather Service in Tafuna, according to the memo.

Samoa News notes that forecasted severe weather yesterday was also the reason public schools students were let out around 11a.m. as local officials monitored a weather system heading towards the territory.

The memo — which was reportedly posted late yesterday afternoon — states that all ASDOE employees shall report to work as usual.  “Schools are asked to activate their Remote Learning Plan to provide further online learning experience for students,” the memo states.

No information is immediately available for private schools.

The National Weather Service office — in an updated Special Weather Statement as of 1:26a.m. today, Jan. 14th — states that the “threat of flash flooding, gusty winds and thunderstorms remains through Friday night.”

It says that the latest satellite imagery shows the South Pacific Convergence Zone (SPCZ) strengthening during the overnight hours to develop showers over American Samoa.

As the rainfall continues to move over the territory, rainfall may be heavy enough to produce flash flooding at times over the region. A Flash Flood Watch remains in effect through Friday night.