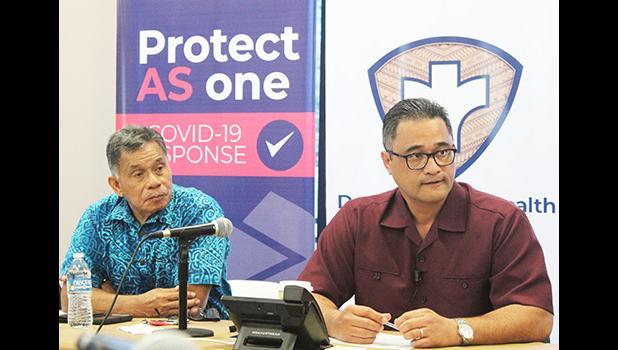 Travelers were told that the flights are suspended “until further notice”.

Asked for comments during the news conference on the suspension of inter-Samoa flights, Talauega said he can confirm the suspension of flights and he made this decision after one of the passengers on the Sept. 13th flight from Honolulu tested positive of COVID-19 and that the traveler has been isolated at an ASG facility. (See separate story printed in today’s edition on the positive case.)

He said the task force has in place protocols to be implemented once there’s a positive case and this was activated. He said a facility was designated to quarantine incoming travelers from Samoa and Tonga, but once there was a COVID-19 positive case, that facility was closed to all others to make room for the positive case for isolation protocol.

Talauega emphasized that the flight suspension is only temporary, while the government works on a facility to quarantine travelers from Samoa and Tonga.

He apologized to travelers — not only from Apia but those from the territory heading to Samoa for the decision made, as it was necessary to protect the health and safety of the community.

ASG has approved 200 workers from Samoa for the cannery, which is facing a workforce shortage, as it tries to meet U.S demand for canned tuna products. No specific numbers were available at press time as to the total number of workers already brought in from Samoa so far.

The suspension of inter-Samoa flights is also affecting a Talofa Airways flight this week between Nuku’alofa, Tonga and Pago Pago. The airline posted a message on its Facebook page over the weekend, saying in part that the Nuku’alofa and Pago Pago flight is “unfortunately postponed due to border closure (over the Covid-19 case).”