StarKist to work with Immigration to alleviate critical worker shortage 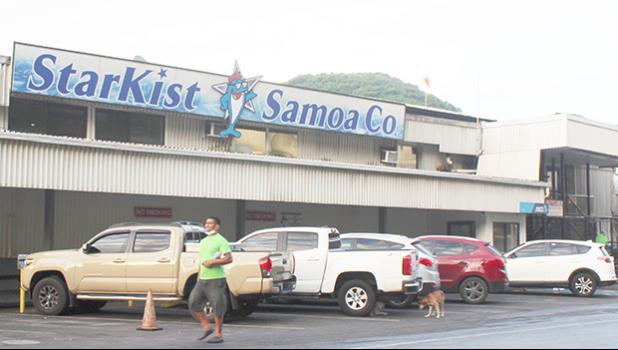 Stimulus checks, tax refund checks are alleged to be part of the problem
By
Fili Sagapolutele
fili@samoanews.com

Pago Pago, AMERICAN SAMOA — StarKist Samoa has launched a new advertising campaign to attract workers, such as fish cleaners, as the cannery is dealing with an employment shortage, which the company says is “impacting our ability to keep up with global demand” and that StarKist Samoa “has been facing increasing costs compared to foreign competition.”

Samoa News staff learned from cannery workers, some of them relatives, that the cannery has faced a shortage of workers since mid-last year and it just got worse at the beginning of this year.

StarKist Samoa has put out new advertising announcements — since late last week — saying that it’s hiring for fish technicians (fish cleaners) and special skilled workers. The advertisement also says in Samoan that if the person’s Immigration ID has expired StarKist will work with the Immigration Office on this issue.

Responding to media questions for an explanation on the involvement of the Immigration Office and those with expired IDs, StarKist Co., spokesperson Michelle Faist explained that StarKist Samoa general manager Jason Kim and the company’s management team met with ASG officials last month requesting the “government’s help to improve our headcount so we can meet the global demand. StarKist proposed a local Guest Worker Program involving those already on island with problematic Immigration statuses that StarKist can assist if the government allowed it.”

Then last week, StarKist officials met with Gov. Lemanu Peleti Palepoi Sialega Mauga and Lt. Gov. Talauega Eleasalo V. Ale and their team “and the government gave us options on how we can move forward,” said Faist who is also the StarKist Co.’s senior manager of Corporate Affairs.

“The program we are working to implement right now deals with foreign nationals with expired P5 ID cards,” she explained. “After they get their necessary police and hospital clearances, their cases will be reviewed by the Immigration Board and if approved for renewal, it would be on the condition that they work for StarKist Samoa.”

She said StarKist Samoa is grateful to Gov. Lemanu and Lt. Gov. Talauega for approving this program and also expressed appreciation to Attorney General Fainuulelei F.A. Utu, Chief Immigration Officer Fagamalama Fualaau and the Immigration Board for their tireless work on this program and their assistance for its successful implementation.

Asked if this would resolved the company’s labor shortage, Faist said, “We are hopeful that the program — and the number of individuals eligible under it — will improve our headcount. Under the program, the applicants will benefit because their immigration statuses will be current so they can reside in American Samoa legally and they will be able to work.”

Faist also said that the Guest Worker Program, which is already set by law, is another option presented by the government. “That would approve hiring from Samoa. For now, we want to look at foreign nationals who are already in American Samoa,” she said.

As to whether the company foresees the need to hire from outside of the territory, Faist said the company is “at an early stage of implementing this program, and will assess the need as we move forward.”

Reports circulating from cannery workers, including those who are relatives of Samoa News staff, state that many workers didn’t show up for their shifts after getting their stimulus checks — since the first round of payments went out last year — and also when ASG releases tax refunds.

“Historically, StarKist has consistently seen a decline in headcount in the start of every year because of tax refunds,” was the response from Faist.

On whether it’s true that one if the reasons why employees slack off and don’t come to work is because they are receiving stimulus checks, she noted that “this year has been more challenging due to additional COVID benefits.”

“We are aware that we are not the only company or government entity in American Samoa facing attendance problems. But our business is dealing with the employment shortage, which is impacting our ability to keep up with global demand,” she points out.

According to the StarKist official, StarKist Samoa has been facing increasing costs compared to foreign competition. “Labor shortage leads to even higher costs since we have to pay overtime to offset reduced daily production.  We appreciate support that Gov. Lemanu and his Administration has provided for StarKist on this important issue,” Faist said.

During a visit yesterday morning to StarKist Samoa, Samoa News observed at least two large signs announcing that the company is hiring.