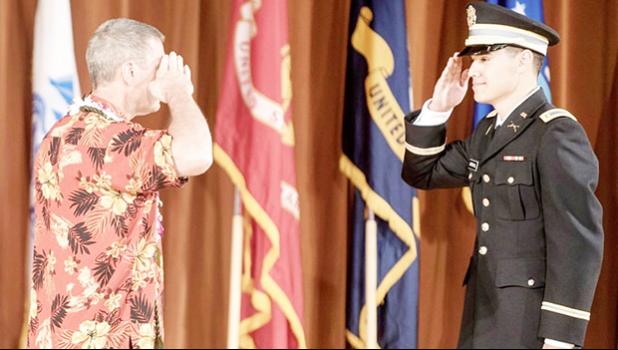 At the “First Salute” ceremony, newly commissioned Second Lieutenants (new officers) receive their first salute from an enlisted service member of their choice; the traditional salute is followed by an exchange of a silver dollar from the officer to the enlisted. More than 20 new officers from the Army, Marine Corps, Navy and Air Force were commissioned during the ceremony.

Jason is the grandson of Saiauala and Tofuola Simanu from the village of Utumea-East who visited American Samoa this year.

He is scheduled to attend the Army’s Infantry Basic Officer Leaders Course at Ft. Benning, Georgia, this summer. His parents, sister, grandma Marshall, uncles, aunts, cousins and friends in Utumea-East, Hawaii and mainland wish him a very successful Army career.