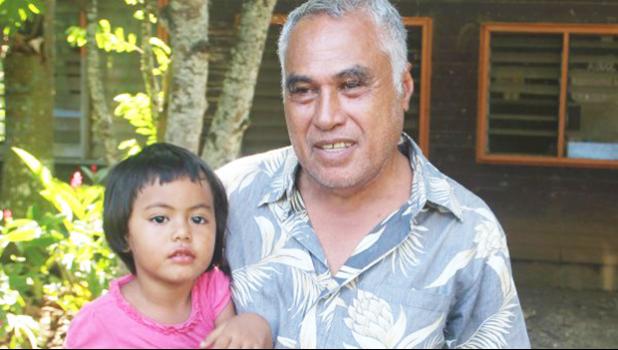 A 65-year-old father of Vini fou and his 3-year-old daughter were held in the Police interview room for almost three hours yesterday.

Eti Sapolu went with his daughter Malu Sapolu to the Police station inquiring about a matter he was asked to give evidence towards.

However, when he arrived he was told he will be held at the station.

“I went there about a matter about a witness at around 10am but when I got there I was told I am charged for damaging property belonging to my sister,” Mr. Sapolu told the Samoa Observer.

“The police then told me I couldn’t leave the station and will be held at the interview room with my three year old daughter, saying my daughter was too young to be placed in the cell with me.

“We stayed there and I asked them what were the charges and if I can be released.”

According to Mr. Sapolu he was told he was charged for damaging the property of his sister at Vini fouThe siblings live on their parents estate that they share in Vini Fou.

Mr. Sapolu said it was going up to 3 hours  he was kept in the room with his daughter who was now fast asleep that he asked to be released.

He said he had told the police officers that they could not hold his 3 year old daughter captive for three months.

“I couldn’t leave my daughter at home, I look after her now that her mother has left,” said the father.