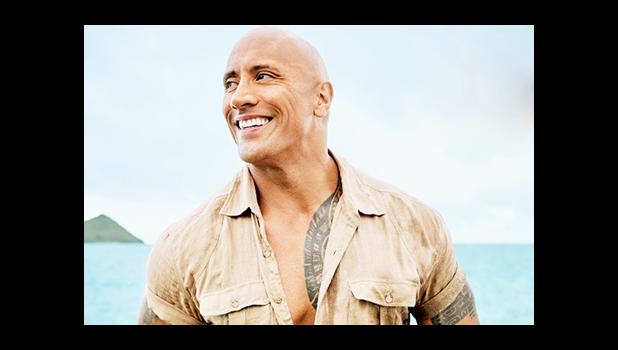 When it comes to the year that Seiuli Dwayne “The Rock” Johnson has had, he’s done it all.

You see when we talk about his achievements it is not easy at all; in fact it’s very hard, as hard as… well… a rock.

With all that the big man has achieved, stringing together a paragraph is almost too much for any person because let’s face it, when you think of The Rock, what has he not achieved this year.

He’s that wrestler that captivated the hearts of many, he’s that hero from Empire State, he’s the man full of vengeance in Faster, he’s the alien killer in Doom, he’s the tooth fairy, he’s the cavalry in Fast & Furious, he’s the spy from Get Smart, he’s an unstoppable force in G.I. Joe, he’s a body builder in Pain & Gain,  he’s Hercules, he’s a hero chopper pilot from San Andreas, he’s Maui from Moana, he’s a C.I.A. agent from Central Intelligence, he’ll be the villain in the upcoming Justice League and so, so, so much more.

Oh, let’s not forget, he was also named the Sexiest Man Alive this year by People’s Magazine, labeled Forbes highest paid actor earning US$64.5million a year and just recently, he was named the U.S.A. Today’s Movie Person of the Year.

When it comes to big achievers from the small island of Samoa, Seiuli is up there with the big guns… no pun intended.

He can sing, he can act, he can wrestle, he can do the Samoan slap dance, and he can melt the hearts of all the ladies in the room with that unique Rock smile, Seiuli can do it all.

Born in May 2nd, 1972, to Ata and Rocky Johnson in Hayward, California, Seiuli quickly made a name for himself in the world of wrestling fueled by his, strength, skills, charisma and charm.

Even amongst other stars, he shown bright and was listed one of the all-time greatest professional wrestlers and was even branded “the biggest superstar in the history of W.W.E.” by legend Hulk Hogan.

He managed to get kids from all over the world screaming his line “can you smell what the rock is cooking”.

That is but a brief skim into Seiuli’s wrestling career. In 2001 he took his big muscles to the big screens and broke into the mainstream with roles in The Mummy blockbuster action films.

The years that followed saw the Seiuli jump from different roles taking on different characters and gaining more and more adoring fans worldwide.

And with his role as the Demigod Maui in the Disney Cartoon Moana, Seiuli was able flaunt his Pacific pride and show the world what Polynesia has to offer.