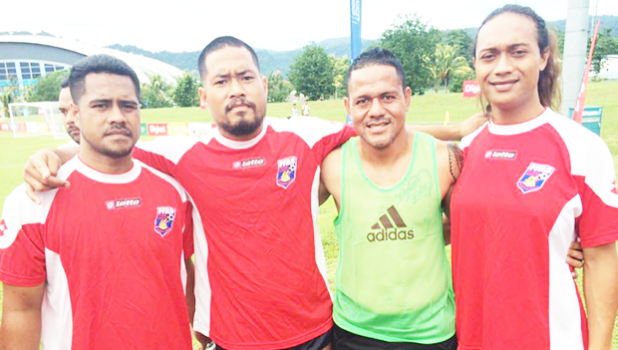 Pago Pago, AMERICAN SAMOA — Sporting News Australia reported over the weekend that American Samoa captain Nicky Salapu wants to play the Socceroos again and has even got Tim Cahill to agree to the idea of a potential charity match.

Salapu was in goal for his nation exactly 20 years ago when Australia claimed a world record 31-0 win in FIFA World Cup qualifying.

Just 20 years of age at the time, Salapu was still one of his side's more experienced players and was helpless as Archie Thompson scored 13 times alone.

While the match itself was farcical, American Samoa has improved in the years since and claimed their first ever official win in 2011 against Tonga.

Salapu, who is back with the national team after a near five-year absence, now has the Socceroos in his sights and the veteran shot-stopper is clearly desperate for some measure of revenge.

The 40-year-old revealed he often plays FIFA with his son and does his best to make sure American Samoa turn the tables on the green and gold.

Though taking some enjoyment from those virtual victories, Salapu is eager to make a real-life rematch happen before he hangs up his boots, Sporting News reported.

American Samoa's heavy defeats and their quest to win a match was documented in the 2014 film Next Goal Wins with a theatrical take on those events to be released later this year.