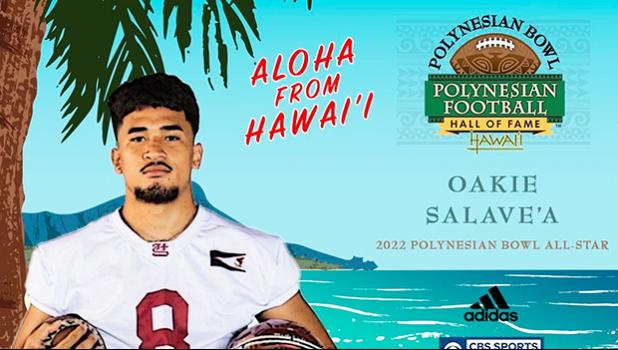 The three-star athlete from THS will play his final high school game early next year in the Aloha State, becoming the newest addition to the prestigious event as the all-star roster continues to take shape.

The 6-foot-2, 185-pound Salave'a is the nation's No. 129 rated athlete and No. 1 overall prospect in American Samoa, per the industry-generated 247Sports Composite rankings.

Salave'a came off the board to the Aztecs in June but recently picked up an offer from Colorado, where his father Okland Salave'a starred as a defensive lineman in the late 1980s.

"I was just blessed and thankful," Salave'a told BuffStampede of his new offer from Colorado. "This is truly a God given talent, the glory goes to him. I’ve been working so hard, traveling to be seen in person, getting stuck in the mainland and finally making it home. It’s been a long time coming, but (I) will continue trusting in God's timing.

Salave'a does not currently know if he will sign in December or wait until the regular signing period in early February.

The fifth Polynesian Bowl is set for January 22, 2022 on the campus of Kamehameha in Honolulu.