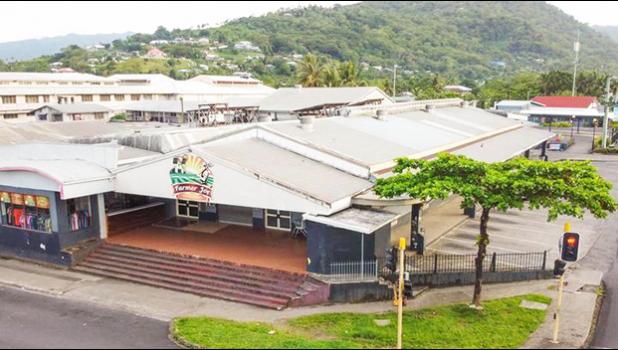 A press release from the Samoa government issued yesterday afternoon reports all 27 positive cases — passengers and frontline workers are in isolation and asymptomatic.

The latest case travelled to Samoa with his wife who tested positive last week and was placed in Isolation at the Faleolo Health Clinic with the passengers who had close contact with the initial positive cases.

The government said the latest positive was identified in the third round of PCR tests, in which all other specimens returned negative.

As announced by Prime Minister Fiame Naomi Mataafa, Cabinet approved yesterday afternoon the extension of the nationwide lockdown for another 24 hours beginning at 6pm Thursday, Jan, 27 until 6pm Friday, Jan. 28.

Conditions for Level 3 lockdown will remain including opening hours for services as announced earlier this week, i.e. from 8am to 2pm Thursday Jan. 27.

There are conditions prescribed for the partial opening of these services. These include the mandatory wearing of face masks, social distancing, showing vaccination cards and no children under 12 are allowed in these public places.

The public is once again advised that Samoa remains at Alert Level 3 and all restrictions are to be carefully observed and complied with. This includes the wearing of masks, practicing a 2-meter social distancing, washing hands regularly and carrying around your vaccination card at all times.

The first patch of results from samples send to New Zealand have confirmed 6 of cases are infected by the Omicron Variant and 1 infected by Delta Variant.

The results for the rest of the positive tests sent to New Zealand are forthcoming, according to the government press release.

A story of heroism by senior Samoan nurses has emerged to give hope and strengthen the country's resolve to get through the challenging period.

Five frontline nurses had been caring for infected passengers from the Brisbane flight at MIQ when they all became infected.

Without hesitation they told authorities that they would continue to work and care for the infected patients.

Their selfless acts did not go unnoticed and TV1Samoa reported the Samoa Nurses Association praised the resolve of their members, who are now isolation patients themselves.

Association president Solialofi Papalii said they were proud of the way the senior nurses were handling the situation and sticking with their oaths as trained nurses in the service of others.

"They are committed to their service and have offered to leave the care of the infected patients in their hands," she said.

The association spoke daily with the nurses via video link and offer advice and moral support in the work they were doing, Papali'i said.

"We all hope and pray for the Lord's guidance for us all in these times."

Both prime minister Fiame and opposition leader Tuilaepa Saielel Malielegaoi have this week singled out the nurses in their efforts, as well as thanking all frontline workers involved in the challenging times.

Meanwhile, more than 260 Samoan frontline workers have also been quarantined at MIQ sites after the initial 10 positive cases were confirmed off the flight from Australia last week.