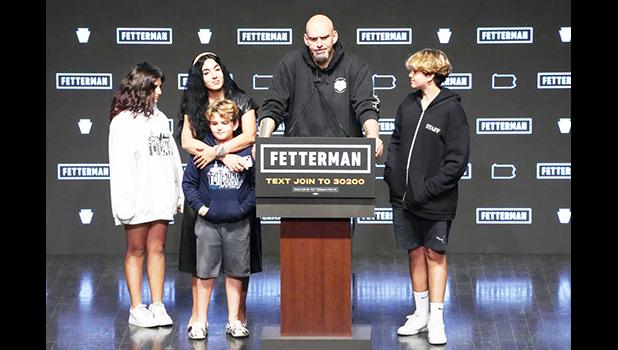 In the most heartening news for Democrats, John Fetterman flipped Pennsylvania’s Republican-controlled Senate seat that’s key to the party’s hopes of maintaining control of the chamber. It was too early to call critical Senate seats in Wisconsin, Nevada, Georgia and Arizona that could determine the majority. In the House, Democrats kept seats in districts from Virginia to Kansas to Rhode Island, while many districts in states like New York and California had not been called.

Democrats also were successful in governors’ races, winning in Wisconsin, Michigan and Pennsylvania — battlegrounds critical to Biden’s 2020 win over Donald Trump. But Republicans held on to governors’ mansions in Florida, Texas and Georgia, another battleground state Biden narrowly won two years ago.

Votes were still being counted across the country, meaning Republicans could still emerge with control of both chambers of Congress. But there was no strong GOP surge, uplifting for Democrats who had braced for sweeping losses — and raised questions about the size of Republicans’ governing majority if they win the House.

Rep. Kevin McCarthy, the Republican poised to be House speaker if the GOP takes control of the chamber, was optimistic, telling supporters, “When you wake up tomorrow, we will be in the majority.” Democratic House Speaker Nancy Pelosi countered that her party would hold the chamber: “While many races remain too close to call, it is clear that House Democratic Members and candidates are strongly outperforming expectations across the country.”

The House and Senate races will determine the future of Biden’s agenda and serve as a referendum on his administration as the nation reels from record-high inflation and concerns over the direction of the country. Republican control of the House would likely trigger a spate of investigations into Biden and his family, while a GOP Senate takeover would hobble the president’s ability to make judicial appointments.

VoteCast, a broad survey of the national electorate, showed that high inflation and concerns about the fragility of democracy were heavily influencing voters. Half of voters said inflation factored significantly, with groceries, gasoline, housing, food and other costs that have shot up in the past year. Slightly fewer — 44% — said the future of democracy was their primary consideration.

Biden didn’t entirely shoulder the blame for inflation, with close to half of voters saying the higher-than-usual prices were more because of factors outside of his control. And despite the president bearing criticism from a pessimistic electorate, some of those voters backed Democratic candidates. Biden spent the night calling Democrats to congratulate them on their wins.

Democrats were betting on a midterm boost after the Supreme Court overturned the landmark Roe v. Wade ruling guaranteeing a constitutional right to an abortion — and there were signs the issue may have provided one. Voters in reliably red Kentucky rejected a ballot measure aimed at denying any constitutional protections for abortion. Voters in the swing state of Michigan voted to amend their state’s constitution to protect abortion rights.