Mormons cool to Trump are finding new influence in Arizona 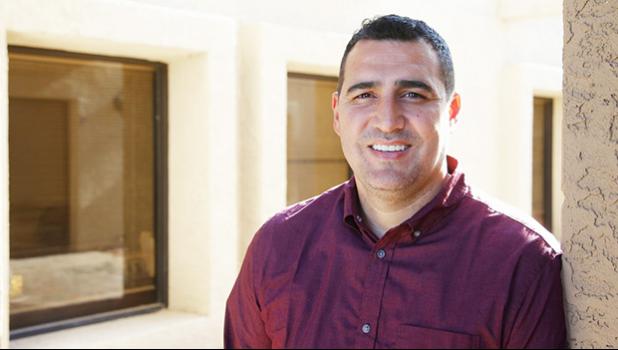 MESA, Ariz. (AP) — Yasser Sanchez has twice worked to defeat Joe Biden’s bids for the vice presidency by building support for Republican candidates among his fellow members of the Church of Jesus Christ of Latter-day Saints. It wasn’t hard.

Now the lifelong Republican finds himself in the surprising position of supporting Biden — and repelled from his party, he says, by President Donald Trump.

“We’re taught to be steady, to be basically the opposite of the way he’s lived his life,” Sanchez said.

Sanchez’s view isn’t as unusual as the Trump campaign would like.

While many conservative-leaning religious voters warmed to him long ago, Trump has struggled to win over Latter-day Saints. His penchant for foul language clashes with the church’s culture teaching modesty and self-restraint, and his isolationist foreign policy is anathema to a faith spreading rapidly around the world.

It hasn’t helped that Trump has made a show of feuding with Sen. Mitt Romney, R-Utah, among the best known members of the church.

Once just a headache for the White House, Trump’s relative weakness with Latter-day Saints is now a growing political liability. His standing has slumped in several pivotal states, including Arizona, where members of the faith make up 6% of the population. Many are clustered around Phoenix, areas where Republicans have struggled to hold their ground in the Trump era.

This past week the Trump campaign launched its Latter-day Saints for Trump Coalition, sending Vice President Mike Pence to Mesa, a suburb of Phoenix, for the kickoff. Pence, who often serves as Trump’s emissary to religious conservatives, appealed to church members’ opposition to abortion rights and longstanding concerns over religious liberty.

Trump “has stood for the religious freedom of every American of every faith every day of this administration,” Pence told the group of about 200 people.

Last month, the president’s son, Donald Trump Jr., hosted a conference call with reporters to commemorate Pioneer Day, a church holiday celebrating the arrival of the first church settlers in Utah’s Salt Lake Valley in 1847. Trump Jr., said he was in Utah at the time for a fishing trip.

Still, signs of discontent were clear. More than 200 people identifying themselves as Republicans who belong to the church published an open letter Wednesday declaring their opposition to Trump and calling him “the antithesis of so much the Latter-day Saints community believes.”

To be sure, Latter-day Saints have traditionally voted Republican and are likely to remain part of the GOP coalition. Clustered in solidly Republican states, they have long been a major force in GOP primaries and local politics across the West, but they have not held much sway in national elections.

Trump won Arizona in 2016 by 91,000 votes. There are about 436,000 Latter-day Saints in Arizona, according to church statistics. Many live in Phoenix’s East Valley suburbs popular with young families, including Gilbert, Chandler and Mesa, which traces its modern history to a settlement founded by pioneers from the faith in the 1800s.

In recent elections, political consultants have considered these areas a barometer of swing voters, including women and college-educated white voters who have recently shifted Democratic. In 2018, several neighborhoods east of Phoenix popular with church members voted both for Republican Gov. Doug Ducey and Democratic Sen. Kyrsten Sinema.

“From the time we’re young we’re taught — as are all Christians — that we’re supposed to love God and love our neighbor,” said Kathy Varga, a 39-year-old speech therapist from Mesa. “I don’t see that happening right now. I just see the country becoming more divided.”

Varga reluctantly voted for Trump in 2016 because she was worried about Democrat Hillary Clinton putting liberal justices on the Supreme Court. Now Varga says he believes Trump is threatening government institutions and the Constitution. She plans to vote for Biden, even though she disagrees with many of his policies, because “the most important thing right now is to unify the country.”

It’s unclear precisely how common Varga’s view is among her faith. In the 2018 midterm elections, about two-thirds of voters who are members of the church nationwide favored Republicans. But Latter-day Saints were less likely than other traditionally Republican religious groups to approve of the way Trump was doing his job.

Among members of the faith, 67% voted for Republicans, and 56% said they approved of Trump’s job performance. By comparison, 80% of white evangelical Christians nationwide voted for Republican candidates, and nearly as many said they approve of Trump, according to an analysis of 1,528 midterm voters who are members of the faith, based on data from VoteCast, a broad national survey conducted for The Associated Press by NORC at the University of Chicago.

Even Latter-day Saints who turned out to hear Pence this past week acknowledged they were disappointed in Trump’s infidelity or uncouth language. But they also viewed it as a tolerable consequence of electing a straight-talking man unafraid to ruffle feathers.

Although Trump rarely speaks about his faith or attends church services, these supporters said they believed he was a defender of religious freedoms, which is of paramount importance to members of a faith that settled in what is now Utah to escape persecution.

“We’re able to continue practicing our religion. That’s how our country was founded,” said Norma Hastings, a 71-year-old church member from Gilbert. She said she thinks Pence “keeps Trump on the right road.”

Jenn Crandall, a 48-year-old pianist from Mesa, said she looks to other figures in the administration and the campaign for connection.

“I like how hard working his kids are, his wife,” Crandall said. “He’s a family guy.”

Biden’s campaign is also targeting Latter-day Saints in Arizona and elsewhere. A Latter-day Saints for Joe group was formed more than a year ago. In a virtual town hall for church members on Saturday, campaign surrogates tied Biden’s economic, health care and immigration agendas to church teachings on self reliance, family values and refuge.

The Church of Jesus Christ of Latter-day Saints “prioritizes caring for the poor. It prioritizes strong families, a strong moral code, sacrifice,” said Eric Biggart, co-chair of LDS Democrats who lives in Salt Lake City. “To me, it’s hard to be a Republican and a member of the church at the same time.”

The church does not back candidates or political parties.