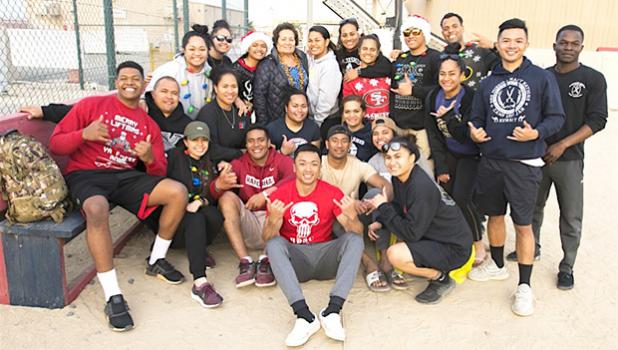 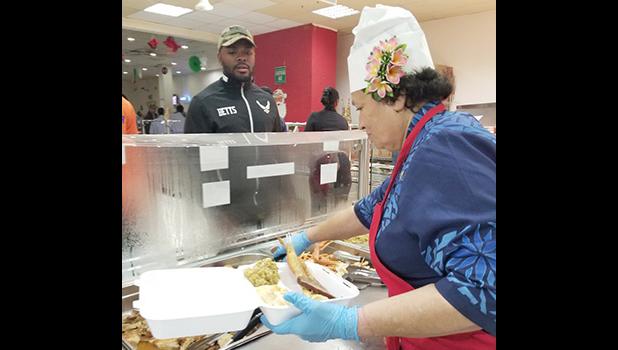 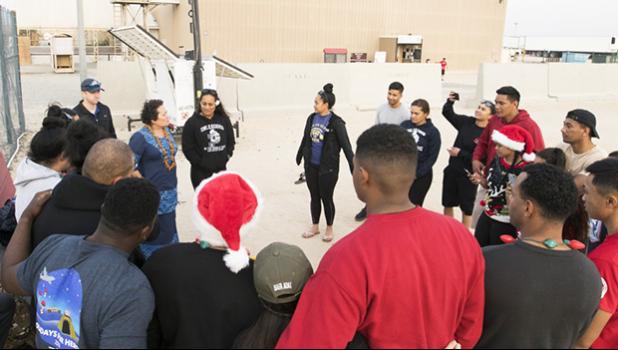 MIDDLE EAST — Congresswoman Aumua Amata was humbled and delighted to spend Christmas Day with U.S. troops in the Middle East. She was thrilled to greet a large number of troops from American Samoa, sing “Lo Ta Nu'u” together, and then members of Congress had the opportunity to help serve a Christmas meal to hundreds of U.S. servicemen and women.

“What an honor to see our troops on Christmas Day and their spirit as they serve our nation in the Middle East,” said Aumua Amata. “It’s so special to say ‘thank you’ in person to the men and women of our Armed Forces, and let them know that many people back home are thinking of them in this season. I will be sending more details of this Christmas visit, but for now, the U.S. forces in the Middle East send Christmas and holiday greetings to all!”

Congresswoman Amata had the opportunity to see a large group of Samoan constituents at Camp Arifjan in Kuwait, including some who just completed their service in Afghanistan or Iraq. She spoke with them, and was happy to remind them that many people at home are thinking of them, before they sang “Lo Ta Nu'u” together.

The CODEL had a packed Christmas Day schedule in the Middle East visiting troops and seeing firsthand some of their activities in service to the country, before flying on to their next stop at another military installation to see more troops.