Be careful on the road — It’s Graduation Season 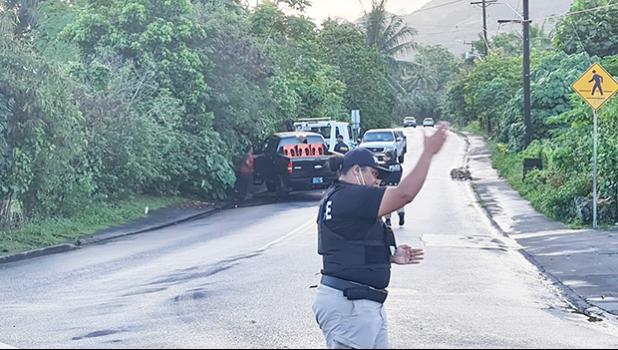 A truck rammed into the bushes at the intersection in Pava'iai heading to Aloau road on Tuesday afternoon.Two ambulances were called to the scene with police officers manning traffic. It is unclear what occurred. Samoa News reached out to Deputy Police Commissioner, Terry Letuli for comments, and he said the report of the accident had not reached him yet and he was unaware of what took place. DPS is appealing to parents to be vigilant during graduation season over underage drinking and illegal drug use. [photo: JL]