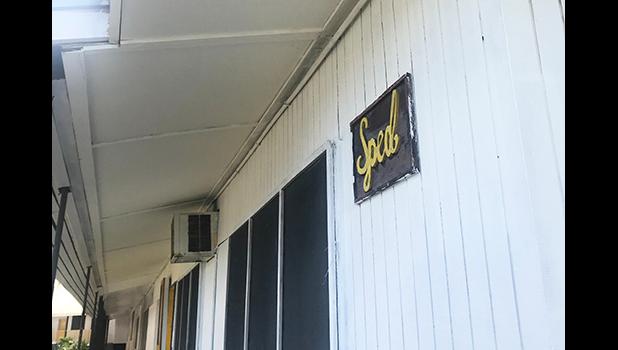 Pago Pago, AMERICAN SAMOA — Although this past Monday was a government holiday, a crew from the Department of Public Works’ DOE Maintenance Division showed up at the NVTHS SPED building to carry out repairs requested by Favela Isileli, a SPED specialist at the Home of the Wildcats.

In an email correspondence Monday afternoon, Sanitoa thanked Public Works director Faleosina Voigt for getting the DOE Maintenance crew to the work site.

Unfortunately, he said, they were unable to get in because there was a miscommunication on who was supposed to open the doors for them. The crew, however, didn’t let the day go to waste.

They carried out repair work on the outside of the office and classroom.

Sanitoa told Samoa News yesterday that the crew is returning this morning to carry out interior work. Additionally, the crew was working on sourcing a new air condition for the classroom.

“Aside from the new air condition for SPED, the DPW-DOE Maintenance will now work on the renovation and improvement plans as requested” last month, Sanitoa said, and again expressed appreciation to all those involved in moving this important project forward.