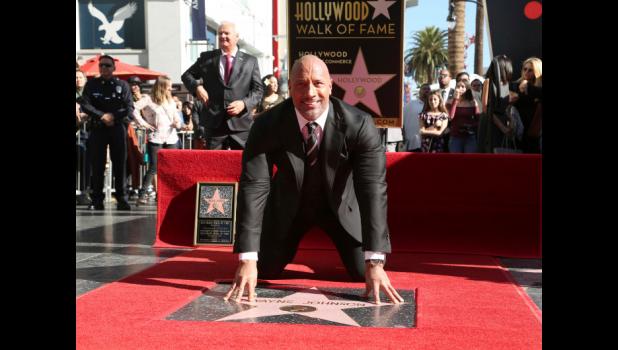 Hollywood, CALIFORNIA — Dwayne Johnson has responded to a poll finding that nearly half of Americans would support him for president, teasing his potential ambitions for higher office.

'Not sure our Founding Fathers ever envisioned a six-four, bald, tattooed, half-Black, half-Samoan, tequila drinking, pick up truck driving, fanny pack wearing guy joining their club - but if it ever happens it'd be my honor to serve the people,' the former pro-wrestler wrote in a tweet on Friday.

Johnson, 48, who used the stage name 'The Rock', linked to a news report on a poll finding that 46 percent of Americans would support his presidential run.

The Jumanji star has often been asked about running for president, and repeatedly refused to rule out the possibility.

Johnson's latest TV project is an NBC series based on his life called Young Rock, where, in the year 2032, he launches a presidential run.

In 2016, Johnson told GQ magazine that the idea of being president was 'alluring,' but said there were 'a lot of other things' he would like to do first.

He has repeated the sentiment as early as this past February.

'I would consider a presidential run in the future if that's what the people wanted,' the star, who is wed to 36-year-old Lauren Hashian, told USA Today.

'Truly I mean that, and I'm not flippant in any way with my answer,' Johnson added.

The star said it is 'up to the people' if he would be White House bound: 'So I would wait, and I would listen. I would have my finger on the pulse, my ear to the ground.'

The recent poll from Piplsay was conducted online from April 2 until April 4 and included just over 30,000  potential voters.