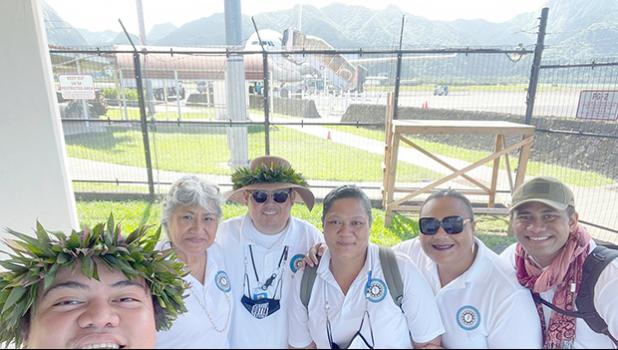 The ASG Medicaid Office team poses for a photo at the Pago Pago International Airport where they were working on Wednesday for the outbound repatriation charter flight operated by Hawaiian Airlines — with the aircraft — in the background on the tarmac, before returning to Honolulu in the afternoon of that same day. This photo was taken by Gideon Mapusaga, who gave Samoa News permission for reprint. [photo: Gideon Mapusaga]