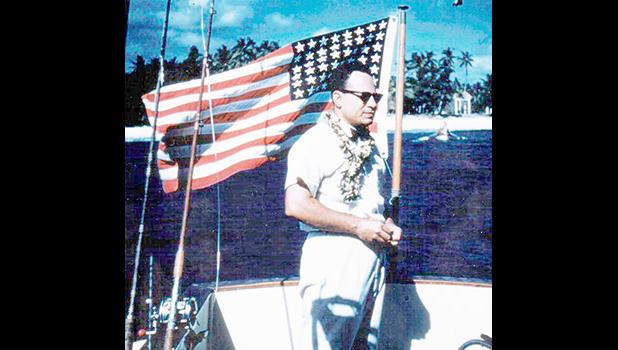 On Monday, Congresswoman Uifa’atali Amata released the following statement and photo in celebration of 244 years of the US Flag.

“In American Samoa, earlier each year on April 17th, our own Flag Day is our most celebrated non-religious holiday, and we celebrate this same beautiful flag that dates back to June 14, 1777.

“On that day, the Continental Congress voted for it to become the permanent symbol of the new Republic for which they were risking their lives.

“Often called ‘Old Glory,’ the United States flag has an illustrious history. The field of stars has been updated 15 times, most recently with our Pacific neighbors, Hawaii and Alaska.

“Just last week, the world remembered D-Day, the great effort to liberate a continent, with much valor and sacrifice, under the flags of the U.S. and close allies. We can feel healthy pride and patriotism to be a part of the United States.

“On this anniversary, we honor the U.S. flag and its ideals of freedom.”