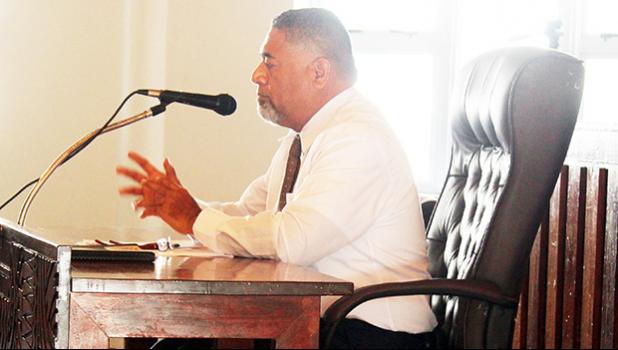 Acting director of the Department of Port Administration Chris King testifying last Friday during his confirmation hearing before the Senate Transportation/Port & Airport Committee, chaired by Sen. Malaepule Saite Moliga. He was later confirmed in a 14-2 vote by the Senate. King’s confirmation hearing and vote in the House of Representatives is pending and Samoa News will report on both hearings in a later issue.  [photo: FS]