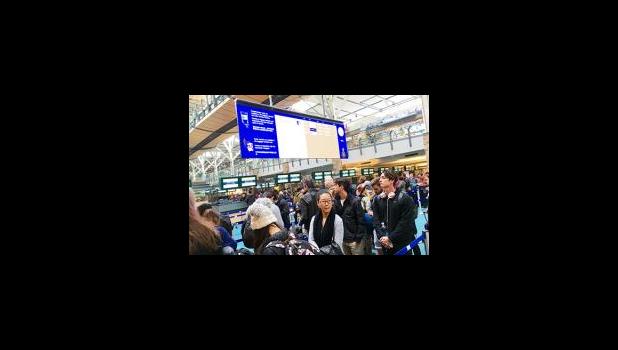 The Samoa News' owners have just increased Cool Stuff's generous pay package to “combat pay”. Covering the next phase of Manu Samoa's comeback, Cool Stuff will be traveling through Hawai’i, Japan, Singapore, Hong Kong, with a possible day trip to Muslim Malaysia (Cool Stuff's plan to further an understanding of the oft forgotten peaceful Muslims). We are all aware the World is on high alert.

In view of the Brussels' attacks it may be viewed as imprudent for your Samoa News team to continue our extensive international coverage of your Manu Samoa (and Talavalu too, when they compete). Not so.

Cool Stuff remembers long discussions with Amata’s daddy, Honorable Governor Peter Tali Coleman, in which he emphasized the concept of "Loto Mau"...to stand firm, to remain true to your course, unwavering in the strongest afa.

The Samoa News will never surrender to intimidation or bow to fear. To do so is a victory for all that is evil. Continuing with normality to our lives, after such a cowardly attack, is a victory. Samoa News will have multiple photographers and a reporter covering the next two HSBC Rugby 7s.

Though the Samoas were not directly impacted, your lives were.

Because the Brussels’ airport attacks happened in public areas, all US & US Territorial airports may require screening or exclusion of non ticketed persons from public check-in areas, shops, airline offices, etc.

Possible future security measures may include passenger drop off/screening at a remote parking lot location and then be bused (bags transported separately for safety) to airport terminals. On arrival to the terminal you may have your face and fingerprints screened, hats forbidden, and have all your bags screened again. You may have to uplift your friends and family from a remote location away from the airport.

One might say, “Bad guys could try to harm folks at the remote pick up/drop-off sites.” Except an attack away from the airport does not shut down the airport, you would simply have alternative remote drop off/pick up locations. Life and infrastructure would continue, terrorists would find their efforts essentially fruitless.

The Samoas don't have the fear of train attacks; instead we live by Aiga Buses and the va'a between islands.

As a Savaii/Tulaele shop owner guy, I have been privy to US coordination, with the then Western Samoa Government and Airport Authority, on the implementation of security measures at Faleolo International Airport.

One day Cool Stuff asked the US security expert working why the emphasis in our peaceful usually out of the loop, Samoa. His focused response was clearly chilling, “Remember Pearl Harbor! America's enemies are cowardly and will always try to hit us from a perceived soft spot, like our back door of American and Western Samoa.” His words ring true 28 years later.

Both Samoas have topnotch security with committed security in all airports (remember Fagali'i, Upolu is also an international airport).

The security on the va'a to and from Apia is also very serious —our Aiga Buses?

The ultimate security of both Samoas in buses, shops, events in the public domain, as we all know, is our sisters, aunties, moms, and grandmas with their heavy purses. You step out of line in Samoa, guaranteed our ladies would teach any naughty fellow or terrorist a major lesson and maybe put them in a coma.

Unknowingly, Cool Stuff's 1997 Samoa News' coverage of the Hong Kong 7’s was exactly when Osama Bin Laden was arranging the hijack of Asia planes headed to the US to begin 9/11 style attacks on Los Angeles and San Francisco. Thankfully it didn't happen. Sadly it did happen three times later in the Eastern US.

My four-dozen AA batteries were confiscated at a secondary pre board supplemental screening in the then British Colony of Hong Kong, and my 60 rolls of film (Fuji 800 in those days) were all opened.

Your relatives in America, New Zealand and Australia will be impacted first by recent tragedies. Guaranteed, at this moment, Director Claire Tuia Poumele is in meetings or on the phone with Washington, D.C.

Denver and Atlanta International Airports were partially evacuated at this writing. Maybe the movie that was at Nuu'uli Place, “London Has Fallen”, is not that outrageous.

Prayers for the 34 dead, 230 injured in Brussels. Prayers for the Territory's active duty military as their involvement will be ramped up. And bless you, American Samoa's Military Veterans, for assuring our safety and freedom to this day.