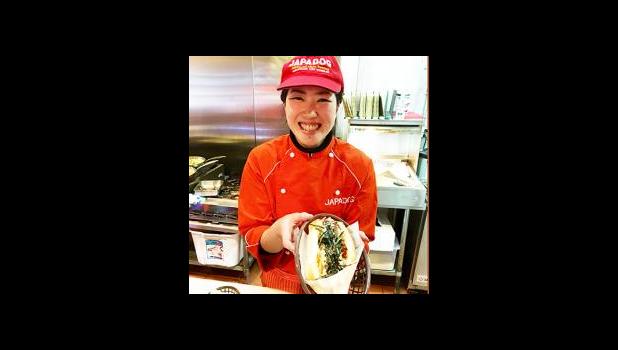 Vancouver, British Columbia, Canada is almost an opposite hemisphere clone of Auckland, New Zealand... pub culture, pub food, and a 30% greater US dollar value. What sets Vancouver apart from Auckland... is an addiction to Ice Hockey, Curling (I'll explain later) and tasty Japadogs.

Japadogs are Japanese-influenced hot dogs that had their beginnings on a humble Vancouver street cart. It’s a hotdog with seaweed, Japanese Mayonnaise... everything but sashimi. “Yummy in the tummy on chilly Canadian nights when headed, where else... but to a culturally sensitive pub.”

Cool Stuff subjects itself to gastronomical adventures to help you prep for your exotic journey at next year’s Canada 7's.

While inquiring back in the Territory if we could score some real Irish Guinness on Taco Tuesday (since no Japadogs yet), Evalani's Manager, Tafa Maiava, exclaimed "No Guinness and ewww!! Haha. That stuff tastes like super thick soy sauce!! Hahahah."

So I reckon back to my favorite Sama and Vailima back in the hood (both Samoas)... and luckily no cold weather gloves, leather jacket, and scarf.

Curling you ask? Imagine a hillbilly ava malosi old school jug sliding down an iced up bowling lane, with a guy running in front sweeping with a salu. Kinda wacko? Which is what the Kanucks think of us encouraging our kids to play with fire and big knives... siva afi style.