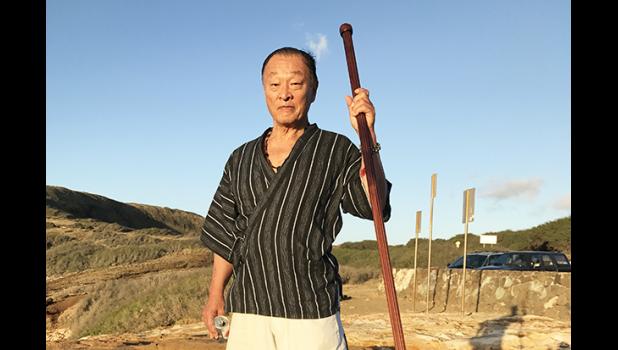 Your kids know him as Johnny Tsunami’s grandpa, you know him as Mr. Mortal Combat extraordinaire, and the star of the Man in the High Castle… I have come to know him as a kind compassionate soul — Cary Hiroyuki-Tagawa.

Born in Tokyo to a star actress Japanese mom, and his USA Japanese-American Molokai born military Dad, Cary moved around a lot as a young man, getting to know America’s Mid Atlantic, the South and eventually Southern California. Attending Duarte High School, sorta kinda adjacent to every one’s favorite: Azusa, Cary became a USC Trojan where he developed a passion for sports psychology, healing and acting.

With limited acting parts available back in 1986 for Asian American actors, Cary has made an amazing run. He has a fabulous filmography for his movie roles, Little Boy being one of my recent favorites …but look what legendary TV shows he has done including Hawaii Five-0, Baywatch, Walker Texas Ranger, Stargate SG-1, Sabrina, The Teen Witch, Babylon 5, Raven, Baywatch, Jake & the Fatman, Alien Nation, Moonlighting, Superboy, Miami Vice, Hotel, Star Trek: the Next Generation, The Colby’s, McGyver, and more.  I wouldn’t be surprised if our own Dwayne “The Rock” Johnson owed a small debt of gratitude for the doors Cary opened in the last 30 years for non- Caucasians, including Asians, Pacific Islanders, and African American heritage actors.

The tough martial arts persona, which Cary perpetuated in so many movies, is not the character or the man I have come to embrace. Study carefully the mature nuances in the movie Little Boy, or his role, as the Japanese Trade Ambassador in the Man in the High Castle and you will understand. It is so, so subtle, his acting sophistication may be missed. An Emmy Award or an Oscar Award for Best Actor is not a stretch. It would be well deserved.

The man, Cary Hiroyuki-Tagawa, I have come to embrace is a kind caring soul. After a sunrise martial arts healing session I shot cliff side with Cary by Cool Stuff’s Drone, he spent an hour visiting with my buddy exploring solutions to his physical and physiological health struggles.

Cary was amazing; he diagnosed some posture issues then suggested some practical exercises. I took the initiative to shoot video and stills of that session, which may be included in one of Cary’s upcoming productions he expressly said he wanted to make available online for you to see. I will await his direction for that.

I write about Cary for two other reasons:

On his own initiative, Cary asked if he would be welcomed in the Samoas to share his healing martial arts. Cary doesn’t realize it, but with the appetite Samoan’s have for his movie genres, his arrival at Tafuna and Fale’olo International (actually probably Fagali’i) would be almost a Troy Polamalu enthusiastic scale event. So you Coolios concur, Cary Hiroyuki-Tagawa would rock the rock, Samoa East & West?  Guess it’s always about you Coolios, you folks are the Center of the Known & Unknown Universe, everybody always wants to hang with you… even Cary.

My personal reason for writing and being grateful to Cary is that he took the time to call a dear and close family member in the Intensive Care Unit of Cedars Sinai Hospital (Los Angeles, California). Cary shared faith and hope to our Cool Stuff family, who are facing some extraordinary difficult times. Cary refined and imparted his USC Trojan motto, “Fight On!” in his own words, and with grace and sincerity.

Cary is a humble class act.

Cary Hiroyuki-Tagawa could make a positive impact to a great many of you in the Samoas. Welcome Cary to come visit on our online edition comments section. Your words mean a lot, and they do make a difference.