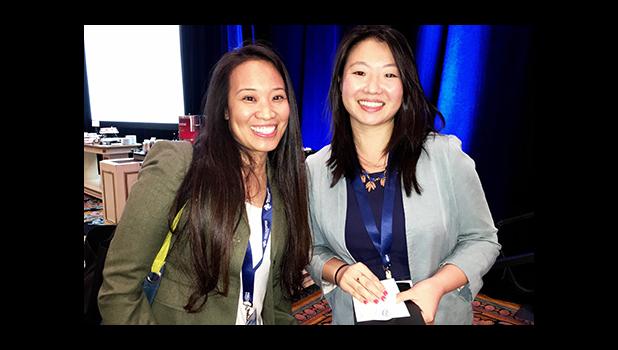 [Cool Stuff was not allowed to attend a significant event at InterDrone 2016 due to the circumstance of his being born a boring male. However, rather than just cry in his Vailima for being excluded, this author was asked by Cool Stuff to attend the event on his behalf, to take notes and write a feature story.

As an IT professional, and a techie nerd (Yup, always going for the latest iPhones, iPad Pro 12", etc.) this author is a self-admitted Coolio, who reads Cool Stuff.

The opportunity to attend and write about this event is proof that we Techie Chics rock and so will our little sisters, daughters, cousins and nieces... Mom, Aunties, & Grandma too, if they are Coolios!

We ladies have always been a key to developing technology and guaranteed will be a part of this latest Drone version of the Industrial Revolution.]

The focus of this year's “Women in Drones Luncheon” was to encourage exceptional systems administration opportunities for ladies in the emerging commercial drone industry. Widely recognized as a pioneer in the commercial drone market and other emerging technologies, Ms. Gretchen West, Senior Advisor, Global Unmanned Aircraft Systems (UAS) Practice Group at Hogan Lovells was the opening speaker.

The panel of speakers was ample proof that women are capable and are not being left behind in the industry's explosive growth.

Jennifer Richter,  a partner with Akin Gump Strauss Hauer and Feld, and counsel to the Small UAV Coalition

This year's luncheon drew 200 more attendees than last year's debut event and has positioned itself as the premier women's drone event in the nation. The luncheon gave special insight as to the current female trailblazers in this exciting emerging industry.

Networking with these female superstars was comfortable, as each speaker seemed positive to extend their hands of assistance while sharing a common theme of mentoring. All speakers shared how they connected with Drone technology and how it became a life changing experience.

The luncheon was not a facade for patronizing women in the UAV/Drone industry.

When asked how to handle the potential bias of male dominant society in terms of Drone technology, Ms. Jennifer Richter said, "To have confidence and not to let bullying or bias attitude put you down from pursuing Drones.” Other attendees said they handled it by calling the person out (male) and being assertive.

Participants additionally shared that we have to change attitudes and perceptions by beginning at home. Some emphasized parents to empower their children to uncover their talents and motivate their interest in current technologies. A suggested means to this is to give them hands on experience or to bring them to conferences like InterDrone so children enthusiastically embrace the study of science and innovation.

The Territory of American Samoa may be influenced soon by returning local veterans who have trained in the arena of military drones. The transference of these skills for the Territory will primarily relate to search and rescue, wildlife conservation, monitoring and planning agriculture, data collection, construction, mapping, real estate, education and cinematography (Cool Stuff has shared how American Samoa produces superb local music videos).

How can the Territory acquire UAV/Drone equipment and training to serve American Samoans?

Kris Graham, CEO, Galloway Advisors, LLC spoke with Cool Stuff and this author to remind us to share with the American Samoa Government and US Congresswoman Amata Coleman Radewagen that grants are available under the Department of Homeland Security, the Department of Interior, private foundations and universities that are involved in research of the environment, fisheries and agriculture. Kris indicated he is available to assist the Territory's law enforcement, his specialty, if funds are secured.

BZ Media LLC is responsible for the "Women in Drones Luncheon” and the InterDrone Conference, Las Vegas.

InterDrone is the largest event devoted to the commercial Drone market, hosting more than 4,000 Drone manufacturers, buyers, and flyers, who enjoyed more than 120 educational sessions and 135 exhibitors on the show floor.

InterDrone 2017 will be hosted at the Rio Hotel, Las Vegas, Nevada.