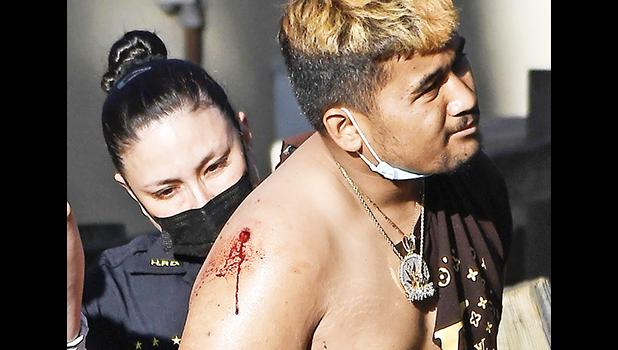 Honolulu, HAWAII — Samoans, Vietnamese, Tongans... and before them Japanese, Filipino and Chinese former plantation workers have battled in Hawaii from discrimination and low economic status to opportunity and increasing ownership of the "American Dream."

My grandparents were immigrants from Romania and Ukraine, who battled similar racism, anti-Semitism and discrimination that has left many physical and generational emotional scars. I grew up fighting... and sometimes running for my life in pre-teen LA days.

The late Governor Peter Tali Coleman and the Congresswoman Amata Coleman Radewagen have a history with Micronesia and the hearts of its People from living in Micronesia and serving the people.

For the last 10 years in Hawaii, I have never seen an emerging ethnic group so disdained and perceived as so dysfunctional by Hawaii's general public.  Just look at the comments under every Hawaii media news coverage of the recent shooting event. The comments from Cool Stuff's friends and neighbors are not much better.

In my heart, guided by my late mentor Big John Manumaleuga, I believe Hawaii Pacific Islanders have deep sensitive commonality and can help nurture Micronesian youth to positive life paths.

Several years ago Cool Stuff's family cousin, Mati Sapolu gave our family a used Mazda MPV van.  Trying to help a homeless Micronesian family, Mrs Cool Stuff gave the family Mati's van, bedding, clothes, and food. Mrs Cool Stuff's Samoan heart was what I envision of you in the 2Samoas and around the US and other Pacific Nations.

Big John embraced all Peoples of all ethnicities as his family. There ain't no more Big John, there ain't no more active Samoan Athletes in Action. Amata could be the bridge between Hawaii's Polynesian Pacific Islanders and Hawaii's Micronesians.

Cool Stuff has visited Majuro, Marshall Islands on a Tri Marine photo assignment, and Guam a few times enroute to the Hong Kong 7s. I have had a glimpse of their post nuke, and rising tide concerns, but I honestly know only enough to defer to those more knowledgeable.

I call upon the Congresswoman to gather a forum of Hawaii's elected and Pacific Islander community leaders in Honolulu to work her healing magic. I have great faith in her commitment and expertise.... and also the compassion of Samoa's Hawaii cousins.