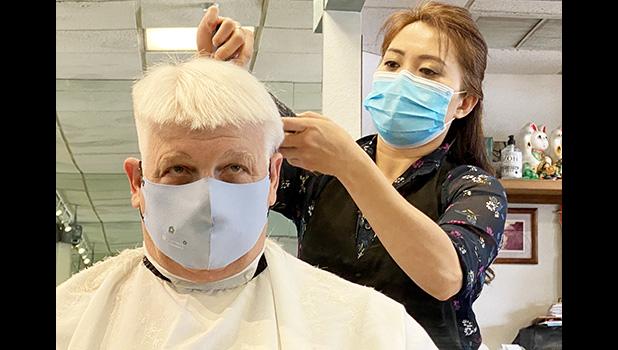 Honolulu, HAWAII — Like the territory, Hawaii is blessed with safety by isolation, but remains equally in great fear of limited resources due to that same isolation.

Cool Stuff will continue to share Hawaii's experiences with you Coolios, so you understand preventative options to keep ahead of the drama.

For two months Cool Stuff has worn his Laufou Center purchased Kengol caps because I suck as my own hairstylist.  My Savaii Family thought I was prepping early to be a Halloween Monster.  Yup, banned from Savaii, not by border closures, but by pathetic grooming failures.

All Americans are distraught by the apparent murder of George Floyd.  The lack of social distancing by legitimate protesters brings new fears of an accelerated Covid-19 spread. Outrage is no excuse for a lack of responsible pandemic commonsense. Lawlessness and looting is inexcusable and an insult to the memory of George Floyd.

A George Floyd related peaceful march has been announced for this Saturday, beginning at Tutuila's Fatu ma Futi.  Peaceful will hopefully remain the key result.

During Cool Stuff's CNN Samoa Tsunami coverage sadly I documented looting and the heartbreak of electronic shop owner Jim Brittle in an interview.

Cool Stuff knows of no family culture that advocates for looting and vandalism, yet it has happened this week throughout the US Mainland.

Could be time for American Samoa churches and Samoan families to address our approach to the pain and vulnerabilities we are currently facing. Territorial influence can spread a spiritual message of peace Worldwide.... Hawaiiki Cable, SAS, ASH in place and now ready to rock.