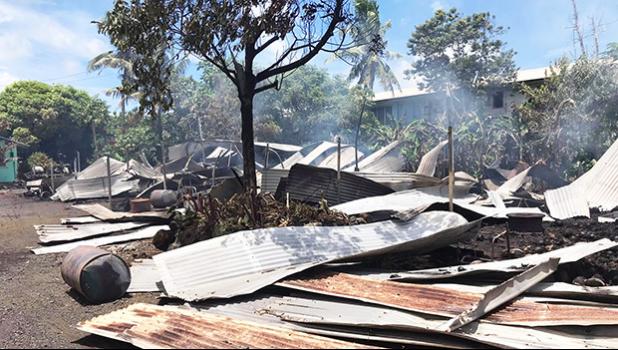 Smoke was still being emitted early yesterday afternoon following a fire that engulfed a large structure on the property of a family in Ili’ili — across from the Ili’ili Golf Course — after 8:30a.m, prompting the evacuation of students at Iakina Academy school, next door to the burning structure — which is separated from the school by a high rock wall. The former egg farm was a pig pen as well as a tool shed and storage for the family’s boats. The family home, located behind the structure, known as “Misa’s store”, was not affected and no one was injured. [courtesy photo]