Talking turkey! How the Thanksgiving bird got its name 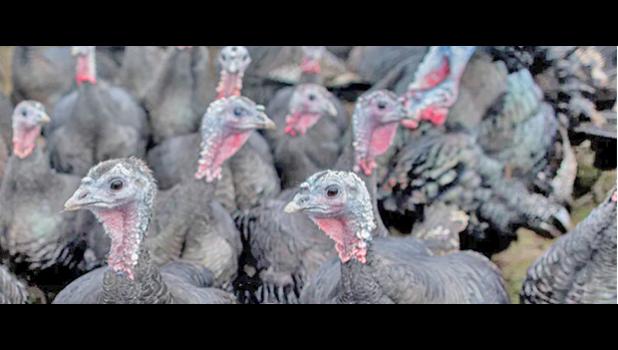 By
Jack Lynch
Reprinted with permission from The Conversation

Newark, NEW JERSEY — “Meleagris Gallopavo Day” is a bit of a mouthful. Which may be why this Thanksgiving, most people will opt for the less ornithologically precise “Turkey Day.”

And just as turkey is a versatile meat – think of those leftover options! – so too is the word “turkey,” which can refer to everything from the bird itself to a populous Eurasian country to movie flops.

As a scholar who studies word origins, I love “talking turkey” – not only how the bird came to be named, but also how the word has evolved over time. But let’s start with what has become the centerpiece of most Thanksgiving Day dinners.

The North American turkey – the kind that many families will be carving up this Thanksgiving – was being domesticated in Mexico some 2,000 years ago.

Europeans glimpsed their first turkeys around 1500, when Spanish explorers arrived in the Americas and brought them back to the mother country. By the 1520s, turkeys were being bred in Spain, and soon the delicacy was appearing on rich people’s tables across Europe.

But what to call the new import? Europeans in the New World were overwhelmed by the new plants and animals they saw, and often used familiar names for unfamiliar species. The Spanish, for instance, thought turkeys looked like peacocks, so they used the Spanish word “pavos.” The French called them “poules d’Indes,” or Indian chickens, later shortened to “dinde.”

To the English, the newly discovered American birds looked like the guineafowl – a bird native to Africa but which was introduced into Europe by Arab and Turkish traders in the 14th and 15th centuries.

And it is this point in the story that the modern-day turkey gets its name.

The Ottoman Empire was then at its height. Ethnic Turks, based in Constantinople (now Istanbul), ran the empire that spanned the Near East, Middle East and North Africa. As a result, to many Europeans, anyone from “the East” was a “Turk.”

Because Ottomans dominated trade in the eastern Mediterranean, a lot of produce coming to Europe was seen as “Turkish.” So a precious stone from Persia was named “Turkey stone,” and the French version of that name, “pierre turquoise,” gave us the word “turquoise.”

In the same way, African guineafowl, introduced by Turkish traders, became a “turkey-cock” or “turkey-hen.” Over time, this was shortened to just “turkey.”

For as long as the New World turkeys have been in Europe, they’ve been featured in celebratory meals. The English word first appears in print in an account of a banquet hosted by politician John Prideaux in 1555: The menu included 38 red deer, 43 pheasants, 50 quince pies, 63 swans, 114 pigeons, 120 rabbits, 840 larks, 325 gallons of Bordeaux wine and “Turkies 2. rated at 4s. a piece.”

History’s most famous turkey dinner, though, was served in Plymouth Plantation in 1621, as 50 Pilgrims who survived a year of brutal hardship joined 90 Native Americans for a three-day feast. Turkey wasn’t the only dish being served. Writing in his History of Plymouth Plantation, Governor William Bradford noted that Native Americans brought “codd, & bass, & other fish,” and others brought “water foule” and venison. But he was especially impressed with the “great store of wild Turkies.”

The bird has become so associated with harvest-time celebratory dinners that we’ve been calling Thanksgiving “Turkey Day” since at least 1870.

Meanwhile, the word has continued to find new uses, showing up with dozens of meanings. In 1839, the Southern Literary Messenger – a magazine edited by Edgar Allen Poe – reported on a new kind of dance, called the “turkey-trot” from its jerking motions.

In 1920, New York’s Department of Health reported that “Some addicts voluntarily stop taking opiates and ‘suffer it out’ … which in their slang is called taking ‘cold turkey.‘”

The turkey’s reputation for stupidity prompted other meanings. The legendary gossip columnist Walter Winchell told readers of Vanity Fair in 1927 about some new showbiz slang: “‘A turkey,’” he reported, “is a third rate production.”

Since then, movies that flop with the critics or at the box office have been called turkeys.

Another disparaging sense arrived in the 1950s, when turkey became a name for “a stupid, slow, inept, or otherwise worthless person.” That, in turn, probably led to the rise of the “jive turkey,” which first showed up in African American speech in the early 1970s, defined by slang lexicographer Jonathon Green as “an insincere, deceitful, dishonest person.”

And what about “talk turkey”? Well, that can mean quite contradictory things.

One dictionary from 1859 defines it as “To talk in a silly manner, talk nonsense.” A similar meaning is attached to another turkey-related word, “gobbledygook.”

Another definition found in the 1889 “Americanisms, Old & New” had “talking turkey” meaning “To use high-sounding words, when plain English would do equally well or better.”

Likely, “talk turkey” came from pleasant conversation at Thanksgiving dinner, or maybe negotiations between Native Americans and European colonists over the cost of poultry. Whatever the origin, though, when we “talk turkey,” we’re engaging in the kind of straightforward, honest speech the scheming hunter denied his hunting partner.

Jack Lunch is a Professor of English, at Rutgers University - Newark