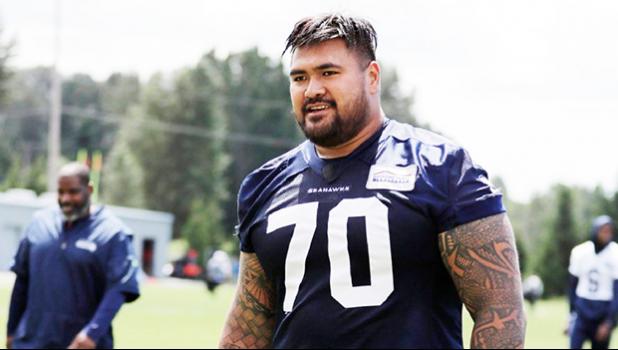 Seattle, WASHINGTON — Mike Iupati is hanging up his cleats.

The four-time Pro Bowl guard announced his retirement over the weekend.

A native of American Samoa, Iupati spent 11 seasons in the National Football League with the San Francisco 49ers, Arizona Cardinals and Seattle Seahawks.

“My body was telling me it was time to close the door,” Iupati told Peter Harriman of The Spkesman-Review.

Taken with the 17th overall pick of the 2010 NFL Draft out of Idaho by the Niners, quickly emerged as an important member of the team's offensive line and was named a First Team All-Pro in 2012.

After five seasons with the Niners, Iupati signed a five-year, $40 million deal with the Cards. Iupati's Cards tenure was an injury-filled one, missing 25 games over four seasons, including all but one game of the 2017 campaign.

He finished his career with two seasons in Seattle, spending the entirety of his NFL career in the NFC West. A persistent neck injury limited Iupati to only 10 games in 2020.