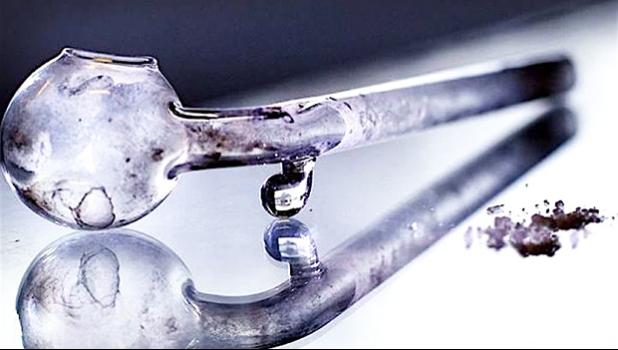 Sam Faitele made his initial appearance in court three weeks ago. He is charged with one count of unlawful possession of a controlled substance, to wit; methamphetamine, a felony, punishable by imprisonment from 5- 10 years, a $5,000 fine up to $20,000.

On Mar. 23, 2021, the DPS Vice & Narcotics Unit received information from the Tafuna Police Substation (TPS) regarding a glass pipe containing white crystalline substance found on an individual, who was allegedly involved in a public peace disturbance case they were investigating.

The two individuals involved in this matter including the defendant, Faitele and his girlfriend were transported to the TPS for further investigation. At the TPS, officers were suspicious of the defendant girlfriend’s movements and after a pat down, she was asked for consent to officer looking through her bag — and she gave her consent.

When asked where he had gotten the glass pipe, Faitele stated that he got the stuff from an old friend who always give him drugs for his own personal use.

Faitele was later transported to the Territorial Correctional Facility (TCF) where he was booked and confined. His girlfriend was released.