Governor addresses Fed shutdown and other issues at cabinet meeting 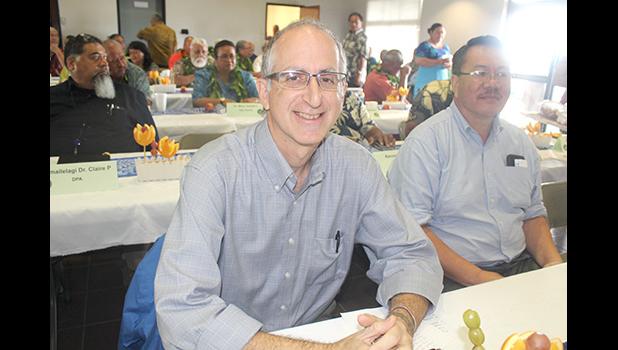 Pago Pago, AMERICAN SAMOA — With the partial federal government shutdown now in its third week, with no end in sight, Gov. Lolo Matalasi Moliga is calling on all ASG agencies funded with federal monies to work with their counterparts in Washington D.C. so they are up to date with the latest information.

The governor’s request was made at yesterday’s cabinet meeting, the first one for 2019, during which Lolo said, “We have to reaffirm our commitment to serve our people all the way to the last minute” of this Administration.

The governor noted, "We’ve been suggested and advised to slow down on what we’re doing. According to some people, we have accomplished more in the last few years, than most [previous] administrations.”

“We don’t believe that,” said Lolo, adding that since the start of his administration in January 2013, “we’ve been playing catch-up with the status of where things are. We haven’t really exceeded our limits.”

“It's all up to us to push it to the limit and that’s why we’re committed. We will make sure, that we serve our people to the best, all the way to the last minute of this administration,” he said. “I’m pretty sure that’s the same commitment that we all had when we first took our jobs. So let's take our jobs seriously.”

To all cabinet members: “Let's be fair and be honest with our people and let's put out the best that we can in the last two years [left] of this administration,” Lolo said.

“I’m not too sure how long the federal shutdown will be,” the governor said. “But we have been talking to individual [ASG] departments who are affected by the shutdown.”

Among them are the Department of Human and Social Services, Territorial Administration on Aging, and the local Department of Homeland Security. Lolo asked all affected departments, to “please keep up, make sure you learn more on what your people are doing in Washington D.C. Talk to your counterparts to make sure, you’re all up to date with the changes that are going on in Washington.”

The governor asked his cabinet members to pray to God for help in bringing a quick solution.

Lolo requested that all cabinet members attend next Monday’s official opening of the 36th Legislature, which is a joint session set for 9a.m. at the Gov. Rex Lee Auditorium. The governor said the usual official report to the Fono and the US Department of Interior is being prepared and will be presented during the joint session.

The governor, in accordance with the Constitution and law, will deliver his State of the Territory Address, which covers a wide range of issues including the previous year’s financial status and projects, the current financial status, and future projects.

“One of the biggest issues that we will explain to the Fono on Monday will be our financial status for 2018,” Lolo told the cabinet. He noted that when the Administration took office in 2013, “we took over with IOU from this government to businesses, to people, and even to the government itself.”

Lolo explained that the Treasury Department, Budget Office, Human Resources, and Procurement Office are the service agencies of government handling money.  And there are policies, laws and regulations, to guide the work of the leaders of these agencies.

“We are asking you to follow the law,” Lolo said to the directors of the four agencies. He also offered advice to other directors: “If you take your stuff” to these four agencies, “it's your job to follow-up on where they are.

“You don’t expect these agencies to work and deliver back to your office. That’s your job,” he said, adding that the usual complaint from directors is that a request is sitting with one of the four aforementioned agencies.

“That’s not acceptable,” said Lolo, adding that as directors, “you should be pushing your request and not wait until the last minute and then bring the matter to the attention of the Governor’s Office.”

Lolo reminded his cabinet members that, “it's your job to see what’s going on in your department.”