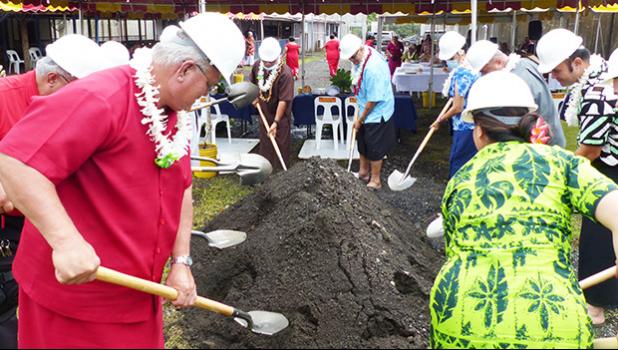 Gov. Lolo Matalasi Moliga, Police Commissioner Le’i Sonny Thompson, along with ASG officials and others turn the soil during yesterday’s ground breaking ceremony for a new inmate security building at the Territorial Correctional Facility. Silva Construction has been awarded the contract for $810,000 and given 6 months to complete the project that will have 13 cells - 8 maximum cells and 5 isolation cells, says Public Works director Faleosina Voight at the ceremony. The building will also have guard’s room and a lobby. [photo: Leua Aiono Frost]