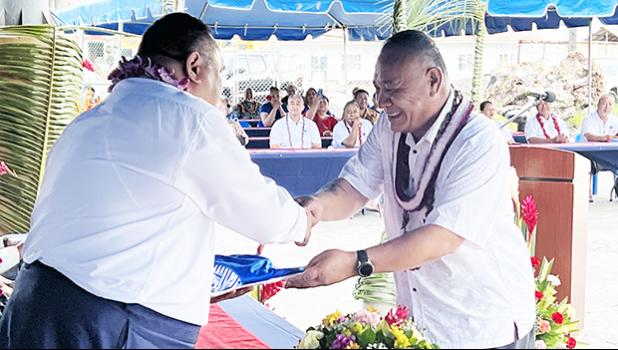 During his remarks, Olo paid tribute to former Port Director Chris King saying he was a "Good Samaritan" who was kind, loving and supportive.

Speaking on behalf of Governor Lemanu P. S. Mauga and ASG, Fainu’ulelei thanked the Samoa Government for the foresight and for accomplishing another milestone with the launching of the new vessel.

The Attorney General said the MV Lady Samoa IV is one of the many accomplishments attained and celebrated by the two Samoa. He prayed for God’s guidance and blessings every time the vessel sails between American Samoa and Samoa.