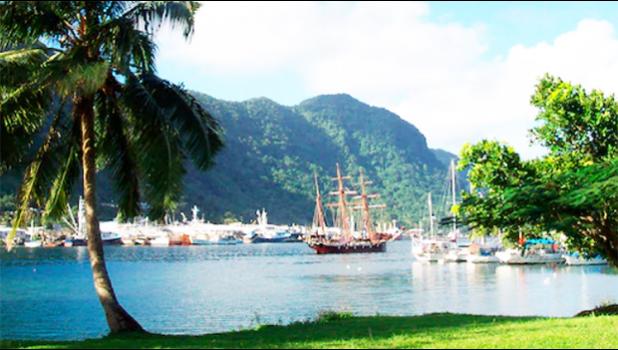 Pago Pago, AMERICAN SAMOA — To date, American Samoa remains the only place in the United States without a confirmed case of covid-19.

In contrast to the uncoordinated federal response to the novel coronavirus, the territorial government in American Samoa acted quickly and decisively. On March 18, Gov. Lolo Matalasi Moliga declared a public health emergency across the entire island territory.

While President Trump’s national declaration of emergency on March 13 included few concrete steps to control the virus, Moliga’s declaration less than a week later had an immediate impact. Schools were closed, travelers from affected countries faced full quarantine upon arrival, and all public gatherings were suspended until further notice. Citing the territory’s limited health facilities, Moliga warned that “inordinate challenges expose the Territory of American Samoa to epic vulnerabilities subjecting all its residents to unprecedented health, economic, and social risks.” A subsequent declaration from June 1 prohibited crew members of cargo and fishing vessels from disembarking in American Samoa.

Recent virus outbreaks — including Zika in 2016, dengue fever in 2017 and 2018, measles in 2019 — had prepared most American Samoans to be vigilant and follow official health guidelines. In fact, Moliga’s declaration continued the state of emergency that had been put in place following a measles outbreak in fall 2019 that had killed 83 people in neighboring independent Samoa and added a separate state of emergency for the new coronavirus. But more strikingly, the U.S. territory in the South Pacific has been so successful in keeping covid-19, the coronavirus’s disease, at bay because policymakers remembered the islands’ extraordinary escape from a previous global pandemic, just over a century ago.

During the influenza pandemic in 1918 and 1919, American Samoa, then administered by the U.S. Navy, established a year-long quarantine and managed to keep the deadly flu out of the islands. While neighboring Western Samoa, occupied by New Zealand troops, suffered one of the worst proportional mortality rates in the world, no American Samoan died.

A century later, Poyer’s successor appears to have taken that historical lesson. In March, Moliga requested relevant policy information about the 1918 flu from historical experts. Later that month, Tish Peau-Folau, executive director of the American Samoa Historic Preservation Office, sent a batch of historical documents to the governor’s office, including Poyer’s quarantine order from November 1918.

Holger Droessler is an assistant professor of history at Worcester Polytechnic Institute. He is currently finishing a book entitled “Coconut Colonialism: Workers and the Globalization of Samoa.”