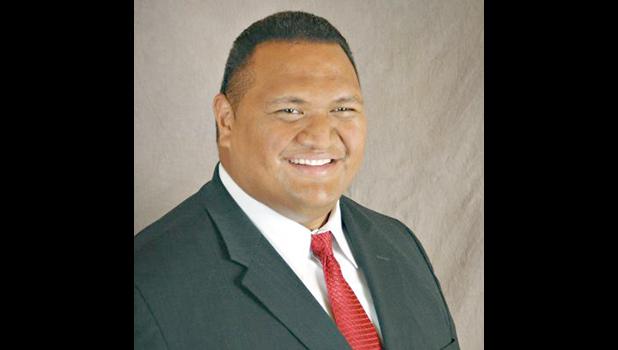 Eagle Mountain, UTAH — American Samoa native, Ifo Pili — shown in this courtesy photo — has been selected as the new City Manager for the City of Las Cruces, New Mexico. In a statement Aug. 18th, the Las Cruces City Council announced that it unanimously approved a contract for Pili at an Aug. 17th meeting.

Pili, who has been city administrator of Eagle Mountain City in Utah since 2012 and has 14 years of experience in municipal administration, begins as the City of Las Cruces’ top administrator on Sept. 8, according to the statement.

Prior to being city administrator of Eagle Mountain city, Pili, son of the late Dr. Falema’o ‘Phil’ Pili (who passed away while serving as ASG Treasurer a few years ago) and Vickie Faaifoaoolelagi Matina Pili, started at Eagle Mountain City in 2006 as a management analyst.

Responding to Samoa News inquiries, Pili said his last day with Eagle Mountain will be Aug. 31st. He also reflected on the role his late father played in his career and the drive to make his father and homeland of American Samoa proud.

“My whole career has been driven and shaped by my experience growing up in American Samoa and watching how my father served and dedicated his life to the betterment of his homeland,” Pili said yesterday via email from Eagle Mountain, located some 800 miles northwest of Las Cruces.

“It's funny, even now as a grown man with my father passed on and me living far away from American Samoa; how much I'm still driven by my desire to make him and my homeland proud,” said Pili, who with his wife Jenny, has eight children.

Pili — who holds a Bachelor of Science degree and Masters of Public Administration both from Brigham Young University (BYU) — is well-known to many football fans as he played with the BYU Cougars and played professionally with three NFC teams — as well as in the Super Bowl.

“I really am excited about being a part of the City of Las Cruces family,” Pili is quoted in the statement as saying. “I’ve fallen in love with the city … I’m coming to an all-star city, I’m excited to be a part of this team, this city.”

Last week the Las Cruces Bulletin publication carried an extensive story on Pili, along with comments from City Council members as well as other background information, including his pro-football time. (www.lascrucesbulletin.com)