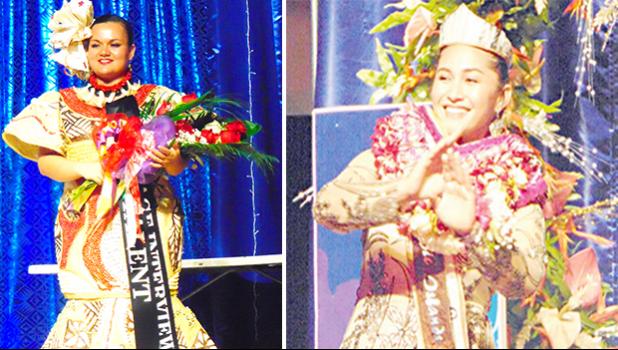 The two local beauty queens received spiritual blessings this past Sunday during a church service at the Vaitogi CCCAS.

According to the president of Miss American Samoa Incorporated (MASI), Mrs. Simeafou Imo, she will be escorting Matauaina to Tonga, and they will be traveling with the entourage from Samoa.

Magalita however, will be accompanied by American Samoa Visitors Bureau (ASVB) executive director David Vaeafe and other MASI members to Nukualofa.

It's been more than 10 years since American Samoa has held the Miss Pacific Islands title.

Magalita will be competing against other beauties from across the Pacific region for the crown.

Samoa News thanks Matauaina for her service and wishes Magalita the best of luck.