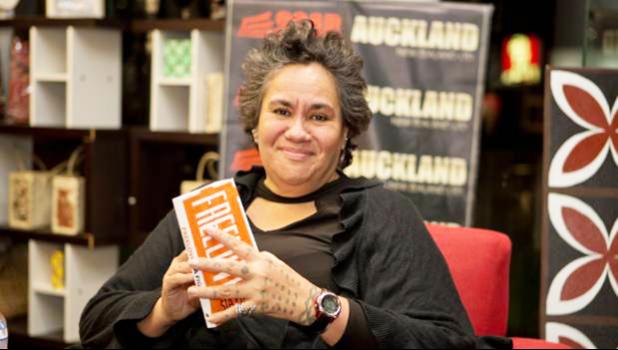 Māngere, SOUTH AUCKLAND — Expect to be "shocked" by a book's efforts to reclaim colonised attitudes towards the sexuality of Samoans, its author says.

"People can expect more sensuality, more sexuality and opening up of those conversations," she says.

"People are going to be quite shocked."

Freelove is Figiel's third novel and was launched at the Sei Oriana SSAB store, in Māngere, south Auckland on May 25.

It's just in time for the opening of Samoan Language Week.

It's been two decades since she wrote her first novel Where We Once Belonged which won the Commonwealth Writers Prize in 1997.

This time around, her male protagonist will take on a different persona.

"He is the complete opposite of what I have written, which is the very staunch Samoan man that I used to describe in my earlier work," she says.

"He's now an intellectual, a teacher, and will be teaching alofa (love) more than anything else."

The 51 year-old, who is based in Samoa, says the book isn't just to startle readers.

Rather, it seeks to challenge long standing cultural and religious boundaries.

"The sex [in the book] has historical and cultural context, it's not just sex to shock people but rather a reminder of when these conversations can happen when sex is done consensually."

"[It's] An intimate and intoxicating tale of love and decolonisation," she says.

"Passionate, poetic and personal, it is set within a larger story; the spark of a Pacific indigenous renaissance, a region reclaiming itself in changing times."

Figiel, also a poet, says she is grateful to have the support of her family during the six weeks of crafting her latest book.