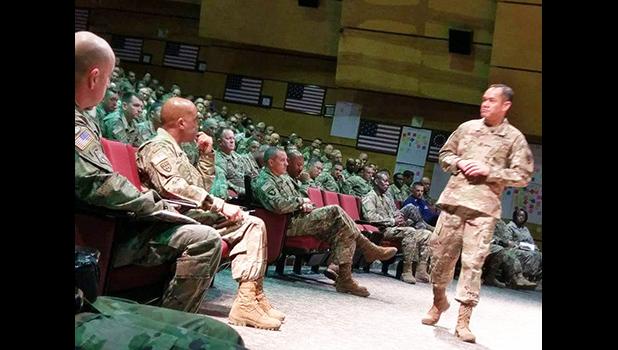 During his years of both military and civilian service, Mr. Tobin gained extensive experience in every facet of strategic management, human capital, and force management programs such as subsistence and nutrition assistance, administrative and personnel services, and strategic operations planning. While supervising and leading organizations ranging in size and complexity from 250 to 26,000, Mr. Tobin’s military service was capped by his tenure as the Command Senior Enlisted Leader for the Defense Logistics Agency (DLA) which included serving and advising the Senior Enlisted Advisor to the Chairman to the Joint Chiefs of Staff (SEAC) on the health and wellness programs for service members.

Born in Hawaii to Samoan parents – Michael and Barbara – Mr. Tobin grew up in Western Samoa. He holds a Bachelor of Science Degree from California Baptist University in Riverside, California, as well as a Master of Arts Degree in Management from Webster University in St. Louis, Missouri, and a Master of Business Administration (MBA) from University of Phoenix, in Phoenix, Arizona.

Mr. Tobin told Samoa News, “I look forward to working with our SNAP representatives in American Samoa to streamline the processes.”