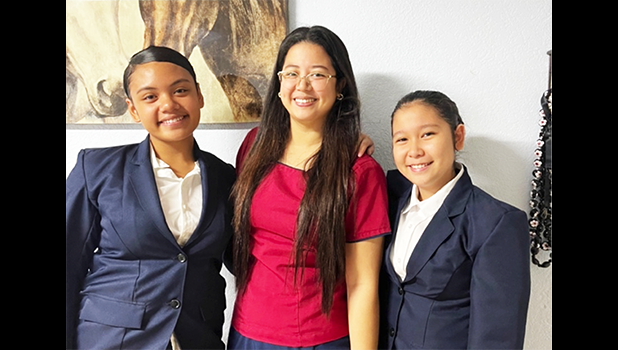 Roberts and Viesca, represented American Samoa, among other teams for other categories in the annual HOSA International Leadership Conference. Out of the 65 teams that competed in the Community Awareness category, internationally, Roberts and Viesca were recognized in the Top 10 Team Finalists during the HOSA-VILC Grand Awards Session for Teamwork Events.

Due to the COVID-19 pandemic, the conference was held virtually. Roberts and Viesca presented their Community Awareness portfolio during their appointed time on June 23, 2021, with the topic about Down Syndrome.

Their awareness happened last March, which is a part of the FMHS-HOSA chapter monthly awareness. They chose Down Syndrome awareness during the said month, in support of the World Down Syndrome Day. Their aim was to prevent discrimination and promote inclusion of people with Down Syndrome in their school and in the community.

Next year, Roberts and Viesca are planning to expand their awareness with more activities and more government involvement with their efforts towards strengthening community awareness of Down Syndrome.

Dr. Lina Galeai Scanlan, Principal of FMHS extends her deepest gratitude to all  supporters and families who helped the student participants, the Office of Catholic Education, Ms. Cassandra Garcia/HOSA Advisor, current and past HOSA members and HOSA International for all the guidance and support. “Thank you for all the support given our FMHS  HOSA Organization. We look forward to next year’s competition.”