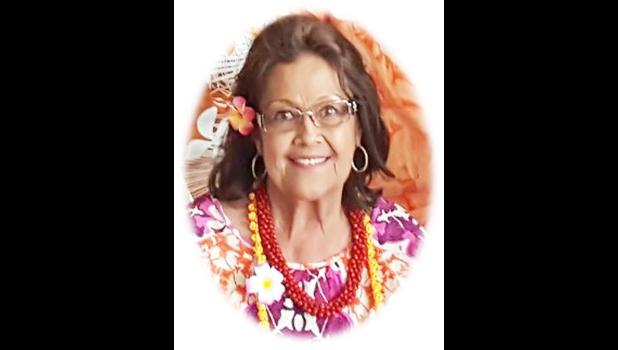 St. George, UTAH — Geraldine Eda Wilhemina Rasmussen Rivers, 76, passed away September 8th in St. George, Utah.   Geraldine was affectionately known by her family and friends as Dini. She was born in Apia, Samoa, to Arthur Rasmussen and Eda Bryce Rasmussen. She married her soulmate, Don Rivers, on April 18, 1965.

Raised in Samoa with five brothers and two sisters, Dini deeply loved her family and culture. She was resourceful, adventurous and athletic.

After marrying her partner for life, Dini raised their two sons in Hawaii and Guam, while being an accomplished golfer, tennis player and slalom water skier.  She loved her years as a Travel Agent while her friends and family enjoyed her many years of securing tickets to almost everything, including vacations, events and sold out concerts.

Dini lived in the islands until a desire to start a family business led her, Don and their sons to St. George, where E’OLA and Rivers Aviation was created. Over 13 years E’OLA grew into an international, multimillion-dollar business supporting thousands of families.

Dini is survived by sons and their wives, Ray and Annie, Todd and Brittney, Brent and Matilda; 20 grandchildren; three great-grandchildren; five brothers, Neville, Peter, Roger, Eddie, Willie and two sisters, Poinsettia (Ponti) and Penina (Penny). She is preceded in death by her loving husband Don and son Shane, who was married to Lena.

The Rivers Family expresses their deep gratitude to the many incredible doctors and nurses who professionally and respectfully provided care.

Due to the current risks associated with large gatherings, the family is taking precautions while celebrating Dini’s life:

Interment to follow in the Tonaquint Cemetery at 4 p.m.