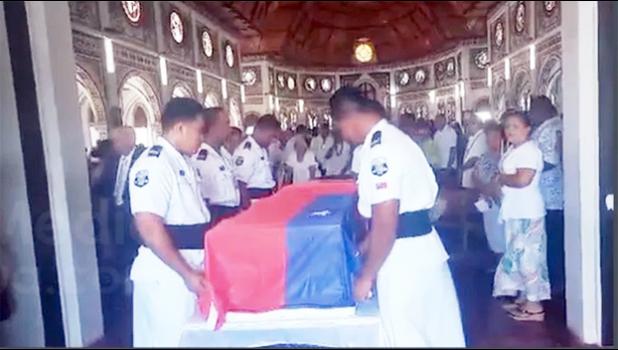 Apia, SAMOA — In keeping with and respecting Hans Edward Kruse's  wishes, there were no eulogies at his funeral Mass. A private funeral at the Cathedral of the Immaculate Conception of Mary, Mulivai, led by Father Kolio Kelekolio.

“If I could be remembered kindly, that would be sufficient,” were his farewell words on his funeral service programme.

But Hans Edward Kruse – January 6, 1930 – October 2, 2021 would be remembered through his service to government and his country and his life achievements.

A public servant who helped establish and steer Samoa’s economic development policies, plans and reforms as a long-time Director of what used to be the Department of Economic Development.

Hans parents were Fritz Kruse and Evelyn Young in a family of five sisters and a brother. He was born and grew up in Papase’ea, known for its streams and the Sliding Rocks, the flora and fauna as habitat for a variety of bird species.

He is known to his peers and friends as the “slingshot expert”.  An avid sportsman, Hans was a Middle Weight Boxing Champion. He played rugby for the Moata’a Rugby Club and captained the Samoa National Team in the very first South Pacific Games in Fiji. He also captained the team against the Maori All Blacks in the early 1960s.

But it was on the big screen that he will forever be remembered. Starring alongside Gary Cooper and Barry Jones in the feature film “Return to Paradise” in 1953, he also acted in the British drama film, “Pacific Destiny” in 1956 with Denholm Elliot and Gordon Jackson.