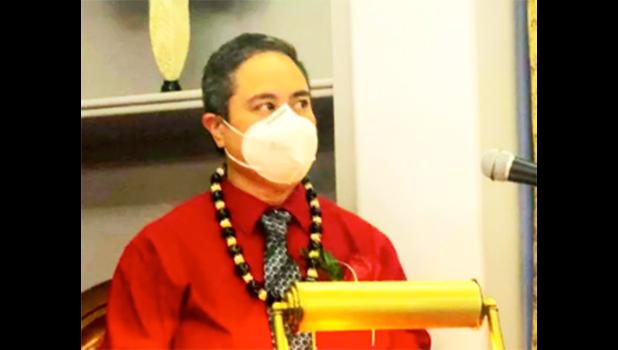 Source: Vox.com
Covid-19 data often lumps Pacific Islanders in with Asian Americans. But in the states where they’re separated out, their death rates are often the highest.

Portland, OREGON — In June, Manumalo Ala’ilima got a call from a family member that their brother was hospitalized for Covid-19. Ala’ilima lives in Portland, Oregon, while the rest of their family — some of whom also contracted the virus — live in Southern California.

For a while, Ala’ilima was convinced their brother would soon recover. But during their daily calls, his breathing, already labored, grew fainter until he couldn’t call or text anymore. A week and a half later, their family spent three hours saying their goodbyes over video. Ala’ilima watched, from their phone, as the hospital staff pulled the plug on their brother’s life support.

“In my mind, I was thinking to myself — no, not my family,” said Ala’ilima, who is of Samoan and Tongan descent from American Samoa and Samoa. “The hardest thing was debating at that time whether or not to attend his funeral because Southern California was a hot spot. Like how would we reimagine what a cultural funeral would be like so that we could celebrate and honor my brother in a very safe and accessible way?”

As the co-chair and co-founder of the United Territories of Pacific Islanders Alliance Portland, or Utopia PDX — a nonprofit group run by and for queer and transgender Pacific Islanders — Ala’ilima was already aware of how much Covid-19 had impacted Native Hawaiian and Pacific Islander (NHPI) communities. And how much they had been ignored.

When Oregon began publishing its weekly Covid-19 data report on the onset of the pandemic, Ala’ilima noticed that Native Hawaiian and Pacific Islanders had the highest infection rate out of all ethnic groups in the state — around 13.1 per 10,000 cases in the middle of April. And yet the group wasn’t even included in Oregon’s priority testing list when testing availability was limited in the state. Even the Center for Disease Control and Prevention (CDC) still won’t acknowledge NHPI’s high Covid-19 death and hospitalization rates, only showing statistics for Black, Latino, and Asian populations. The CDC, like other government agencies, tend to aggregate Pacific Islander under the Asian demographic, which harmfully hides the high infection and death rates within the community.

Pacific Islanders, like other ethnic groups, are not a monolith. This growing group — 0.5 percent of the entire US population — includes Native Hawaiians, Chamorus, Samoans, Marshallese, Tongans, Fijians, and more. But for a long time, in general surveys and many government agency data, the diverse Native Hawaiian and Pacific Islander group have been lumped under the Asian American category, despite many advocates saying the group is more likely appropriate under the Native American category. In fact, 8 out of 10 Pacific Islanders in the country are Indigenous to the US-colonized territories, according to a report by a White House Initiative on Asian Americans and Pacific Islanders.