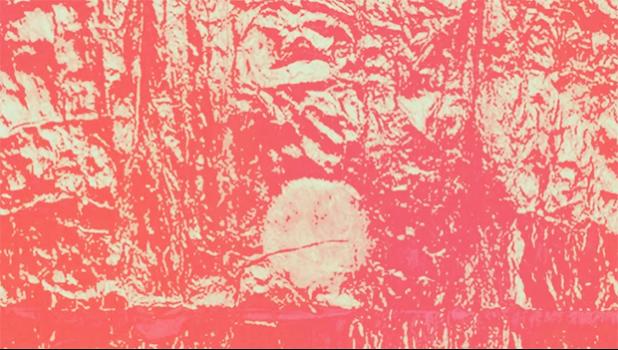 Sydney, AUSTRALIA — For millennia, bark cloths harvested from paper mulberry trees have been used to wrap babies and bury elders, and are presented with gratitude to ceremonial hosts across Oceania.

And now artist Léuli Eshrāghi has taken them into the 21st century, in a digital incarnation that tells a story about pride and hope.

The Queensland-born Samoan-Persian Eshrāghi (who uses the gender-neutral Samoan term “ia” – similar to the non-binary English pronoun “they”) wants this art to “elevate” what Samoan people are capable of.

"I feel like in Australia, if you’re from the islands you have to be a security guard or a footy player, rather than a novelist or poet,” says Eshrāghi. “Yet people from the Pacific have been here almost from the First Fleet.

“I would like the sense of possibility and hope to be transmitted to people viewing the work, to see Samoans and other peoples in the region as complex.”

Bark cloths made today have lost “scale, complexity and vitality” compared to those from past centuries, says Eshrāghi, who has instead created “moving bark cloths”: animated motifs, line work, cross hatching and moons from bark cloths in museum collections as part of a digital artwork called AOAULI – which means midday – for the Australian Centre for Contemporary Art’s Open series of online works.

Born to a Samoan mother and a father from the persecuted Iranian Bahá'í minority, Eshrāghi, 34, sees bark cloth as part of a broader storytelling canvas that includes photography and moving image.

Eshrāghi now lives in Alice Springs but grew up in rural Queensland and northern New South Wales, living between the age of eight and 10 in Samoa.