Leading the pack in Fastpitch Softball 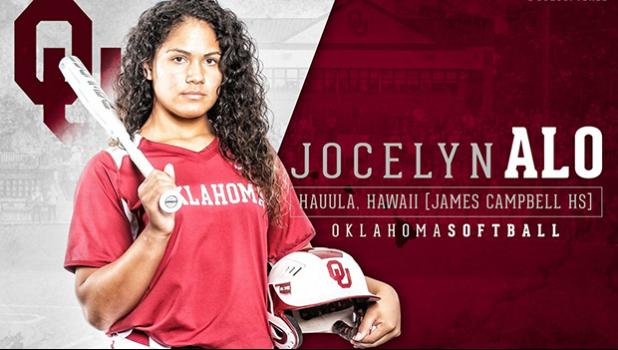 Norman, OKLAHOMA — The National Fastpitch Coaches Association announced recently during the NCAA Championship Banquet that University of Oklahoma player Jocelyn Alo is the NFCA Freshman of the Year.

Alo's power has caught the eye of many during her first college season. Currently, she leads the nation in home runs with 28, just two shy of matching the single season record at Oklahoma.

According to the University of Oklahoma's Athletics Department, Alo also ranks first in home runs per game (0.48) while holding second in total bases (159) and third in slugging percentage (0.970).

Furthermore, "she was named Big 12 Player of the Week and the Louisville/Slugger NFCA Division I National Player of the Week following her performance in the Texas Tech series on March 23-25. Alo finished the series 4-for-5 (.800) with all four of her hits going out of the park. She garnered 16 total bases for a slugging percentage of 3.200 while drawing five walks for an on-base percentage of .900"

With her exceptional performance on the field, Alo is the second Sooner in four years to be named NFCA Freshman of the Year. This is the fifth season overall that the NFCA has presented the award.

She is the daughter of Levi and Andrea Alo.